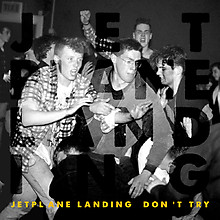 The new album is a visceral delight, clocking in at under 40 minutes, the 4-piece from Derry in Northern Ireland draw upon various hard rock genres to produce a solid body of work that does more than a little to cement their place amongst contemporaries such as Biffy Clyro, Les Savy Fav, and even more legendary bands such as Refused and At The Drive-In.

The music put forward is positive, with guitar riffs aplenty and the vocals also celebratory in nature, with the opening single 'My Radio Heart' a perfect example of this. The band are on tour throughout September in support of the new album.