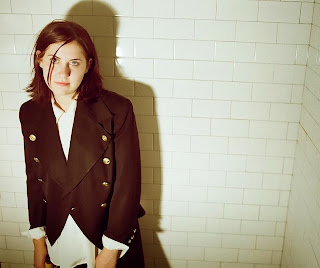 Back in February of this year we reviewed the self titled debut album from Torres aka Mackenzie Scott, a 22 year old from Nashville, Tennessee, who wowed us with her record which we described as 'bold, authentic, and full of integrity'.

It's fair to say the record is still one of our favourites of the year, and should feature high in our end of year lists. Ahead of the album's UK/European release on the 11th of November and supporting European tour, we were lucky enough to track her down for a few words.

- First off I’d like to thank you for taking time out to talk to us here at Music Liberation, and for making one of our favourite albums so far this year!

- For those who may not know you here in the UK yet, how would you describe your music?

"Dark songs about life and the human condition, both of which are also dark."

- Where do you get your inspiration from?

"Mostly, I'm inspired by Detective Olivia Benson from Law and Order: SVU. Almost anything inspires me. I watched a mother put Chapstick on her sleeping son's lips while riding the subway the other day and was inspired."

- Your debut album receives its UK/European release in November, excited much?

- You have a UK/European tour supporting the release, have you played over here much before?

"I've only played the UK thus far, namely London and Manchester. I still have so much European ground to cover."

- How did your last London show go?

"It was one of the most fun shows I've ever played."

- You have a couple of London shows, one supporting Daughter, do you know much about them?

"I am familiar with Daughter and I'm really looking forward to meeting those folks." 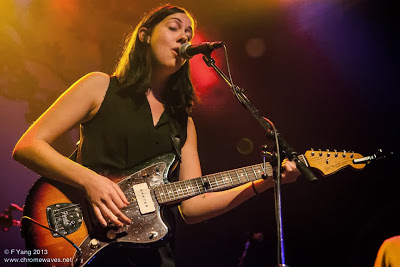 - What are your tour essentials?

- What can we expect from a Torres live show?

"Things get a little messier and louder than you'd expect. The rawness that falls through the cracks on the record is revealed with the live show. If I bring a band with me, you'll probably want ear plugs."

- We’d love to pick up a 12” of your record at the London show, any chance you’ll have them with you?!

-Mackenzie
A big thank you to Mackenzie for her time, we look forward to saying hello at the London Borderline show on the 13th, and checking out that live show. // Torres