ALBUM OF THE WEEK: LICE - WASTELAND: WHAT AILS OUR PEOPLE IS CLEAR 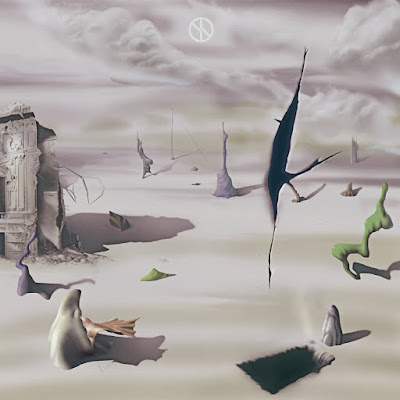 ARTIST: LICE
ALBUM: WASTELAND: WHAT AILS OUR PEOPLE IS CLEAR
LABEL: SETTLED LAW RECORDS
'Wasteland: What Ails Our People Is Clear' is the debut album from Bristol's experimental post-punk band LICE. The 11-track album was recorded at the Nave Studios in Leeds, produced by Alex Greaves, and is available to order through the band's own label - Settled Law Records.
The album's lyrical content has been described as "satire about satire" being as it is a concept album written as a piece of experimental short fiction, blending "science-fiction and magical realism to call for a revolution in satirical music". The album comes complete with a pamphlet detailing the albums lyrics and narrative.
Musically the album is a dizzying combination centred around post-punk, added to with moments of industrial, minimalism, and prog rock. There's also guest vocal spots from Katy J Pearson and Goat Girl's Lottie Pendlebury and Holly Mullineaux.
LICE · WASTELAND: What Ails Our People Is Clear
Album Album Review Jon Sidwell Lice New Music Settled Law Records Streams