Posted by Jon Sidwell on March 16, 2009
Apologies for the lack of posting lately, things just seem to keep getting in the way. Anyway here's some awesome new cuts of music that i've been enjoying lately. Let me know what you think, your comments are always appreciated!

MP3: Worriedaboutsatan - You're In My Thoughts
I love it when a song takes you someplace else from where you are, purely by making you think, particuarly when the track contains no vocals and is purely instrumental. That's exactly what "You're In My Thoughts" does, the new track from Worriedaboutsatan. The music is repetitive yet it always feels like it's changing, it grabs your attention and holds it. It's an interesting combination of electronica and post rock ideas. The new album "Arrivals" is due for release on May 25th through Gizeh Records. Worriedaboutsatan Myspace

MP3: Air France - No Excuses (Akira The Don Remix)
This is wicked, really chilled out almost grime like pop from Akira The Don. It's taken from the forthcoming mixtape "The Omega Sanction" which is a little warm up to the release of his LP "The Life Equation" later this Summer. Akira is big mates with Music Liberation's Hip Hop friend Marvin, so he comes highly recomended. Akira The Don Myspace 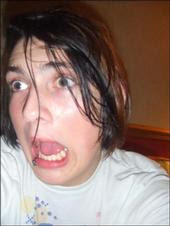 MP3: Knob Jockey - Jockey My Nob
His name and song titles may not gather him much mainstream radio play, but Knob Jockey certainly deserves it with the quality of tunes he's produced so far. "Jockey My Nob" would quite literally destroy dancefloor's up and down the country, such is the constant assault of bass and energy throughout the track. It's an exciting time for dance music when guys like Knob Jockey, KiD COLA, and Repete are breaking through with fresh tunes which are really strong. Knob Jockey Myspace

MP3: Hidden Cat - Superfuture (KiD COLA Remix)
I'm yet to hear a KiD COLA remix that I don't like! The guy is a master of bass, knowing exactly when to throw it down and turn it up. This particular track is slower then his usual ones showing he has diversity aswell. It has a party vibe to it, perfect for those summer days. Now all we want is some KiD COLA original tunes! KiD COLA Myspace

MP3: Coltrane Motion - The Year Without A Summer
This duo come from Chicago but with may well have been over here in the UK last year from the title of this track. I like the energy of this song, particuarly the drums, which are powerful and drive the song forward. They have the ability to collide pop with rock, much like like LCD Soundsystem and Hot Chip. Coltrane Motion Myspace
Akira The Don Coltrane Motion Kid Cola Knob Jockey Worriedaboutsatan 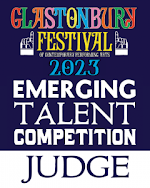