Posted by Jon Sidwell on March 03, 2011
We recently caught up with Mazes' front man Jack Cooper to detail what his band are all about, where they are headed, and more importantly find out what his favourite sandwich is... 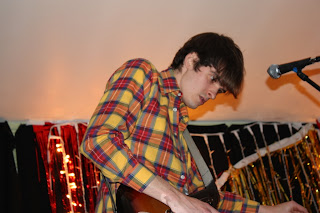 Q1. Describe your music in three words?
"I can do it in two... 'organised sound'."
Q2. Who are your musical and non-musical influences?
"Musically we're influenced by everything and anything, both positively and negatively. Specifically hmm...we all agree on a bunch of things... Olivia Tremor Control, Sebadoh, Sonic Youth, Swell Maps, The Fall, FleetwoodMac, The Clean."
Q3. What's on your agenda for the next 12 months?
Who knows? This is all very new to us and we have little expectation. Short term, we go to the states for a week and then we're on tour with Dum Dum Girls. We're quite happy with that at the moment but we'll want more after I imagine.
Q4. Any new bands/artists you recommend us checking out?
"For sure...I'm not as excited about stuff at the moment because I don't seem to have had the time to do my internet research but Dirty Beaches, Hounds Of Hate, Hype Williams, Milk Maid, Palmz, Brown Brogues, Throwing Up, Novella...mostly stuff that either myself or Conan has released just cos that's what I hear most or whatever." 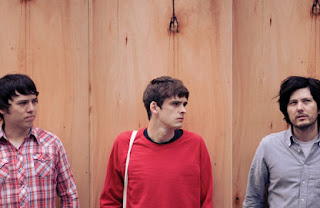 Q5. If you could tour with any two artists, past or present, who would they be and why?
"The Fugs for the kicks and Grateful Dead for the vibez."
Q6. Have do you feel about music bloggers and their influence on the Music Industry?
"Well I think it's great that they've taken alot of power away from traditional media companies but it's getting to the point where influential bloggers are getting swallowed up and ceasing to become relevant... People who used to write fanzines in the eighties and nineties set up great labels like SST, Matador etc etc...I kinda get the feeling that alot of bloggers do it to get jobs at NME."
Q7. You have unlimited funds, what 3 things do you have on your tour rider?
"Infinite good times, ranch doritos and a solid cheeseboard." 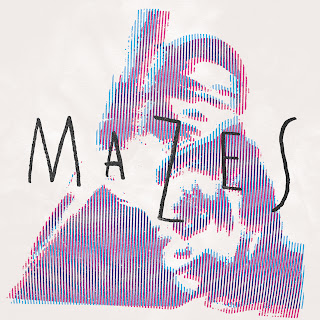 Q8. What's your perfect sandwich?
"Just had one that was nigh on perfect not half an hour ago... Chicken Liver Pate, Rocket and Sundried Tomatoes on a Ciabatta. Sandwiches are by far my favourite food."
Q9. If you could be an animal, what would you be and why?
"A baby animal."
Q10. How can we find out more about you?
www.mazesmazesmazes.com
Mazes debut album 'A Thousand Heys' will be released 11th April through Fat Cat Records. Catch the band on their UK tour with Dum Dum Girls from March 31st to April 6th, check the full dates here.