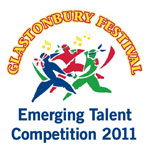 Today its the turn of Reading based band Vetoes to answer our occassionally probing but always super interesting questions. Vetoes were the 2nd band we nominated for the Glastonbury Emerging Talent stage, alongside The Hysterical Injury and Wounds. You can check the 123 act longlist here, the final 8 list here, and here's the interview we did with The Hysterical Injury. The interview with Wounds will appear soon! 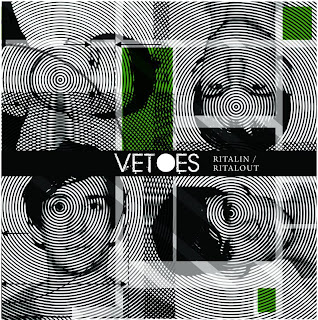 Q1. Describe your music in three words?
"Mecha Streisand, yeh?"
Q2. Who are your musical and non-musical influences?
"Boring as it is, we tend to take in too many influences to list. At the moment we’re listening to a lot of the ‘soft’ avant garde. Battles, Maps and Atlases and some other math influenced stuff. Expect to hear some of those influences in future songs."
Q3. What's on your agenda for the next 12 months?
"Last month we released our debut EP, 'Ritalin/Ritalout'. We’re doing a digital re-release on the 11th April through SpaceRay Music. We’re going to be playing some shows to promote that. Our main focus over the next few months will be song writing. We hope to have another record of some kind out by the end of the year."
Q4. Any new bands/artists you recommend us checking out?

Tripwires are a great shoegaze band from Reading. Really simple songs with great melodies fucked up by guitars which sound like an aeroplane taking off.
Our friends Boy Mandeville are getting some attention as well. They play a kind of calypso infused afro-indie that screams Great British Summer.
We’ve just been listening to Three Trapped Tigers’ ‘Cramm’. It sounds like the theme from ‘the Departed’ farted out by a drunken alien. We like." 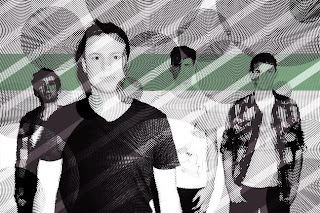 Q5. If you could tour with any two artists, past or present, who would they be and why?
"Miles Davis during his Bitches Brew era. Not only would the music be different every night, but also some of Mile’s cool might rub off on us.
We’d also love to tour with Future of the Left. Apart from being fucking ace, they’re also really funny guys. Their gigs are part rock show, part stand up comedy." [ED: Props]
Q6. Have do you feel about music bloggers and their influence on the Music Industry?
"I think it’s a great way to democratise what music people hear. Before the era of blogging the NME could pretty much just push any band to the front-centre of the indie scene and they’d sell records (á la Pigeon Detectives). That just can’t happen anymore. The blogosphere does a quality control on the whole thing and the scathing reaction to shit hype-band, Brother, shows it’s doing its job.
The only down side is that there is an appetite for the bleeding edge of new music. Unless a band is doing something totally unique, the blogosphere tends to disregard it, which a shame because bands who aren’t trying to reinvent the wheel deserve to be heard as well." 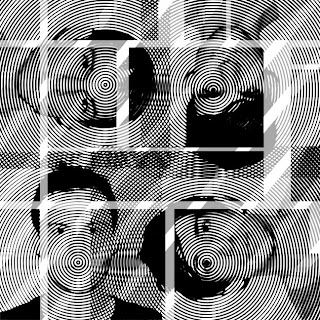 Q7. You have unlimited funds, what 3 things do you have on your tour rider?
I would want a huge portable tower full of money and swim in it, like Scrooge McDuck in Duck Tales. Being in a band nowadays, there is no real way to get stinking rich. But between the sound check and the gig, I would like the illusion at least for a little while. Also, swimming is great exercise. So I guess I’d have the portable skyscraper, swimmable money, and a diving board to top it off..."
Q8. What's your perfect sandwich?
"I’m uncomfortable with the prospect of there being a ‘perfect sandwich’. I think the structural limitations of the sandwich format (i.e. bread) tend to overwhelm the quality of the filling. So I guess my perfect sandwich would be just a mush of filling that I can eat with a spoon....maybe tuna mayonnaise in a bowl.... or trough, maybe. So we can all share."
Q9. If you could be an animal, what would you be and why?
"A Tiger. Firstly, I would know that if I came across a Lion, I would win in a fight. Secondly, I would have the correct blood type to work for Charlie Sheen. I think he just wants a suitable organ donor around in case he collapses following a drug binge. That guy is like the reincarnation of Raoul Duke."
Q10. How can we find out more about you?
"We’re in all the usual places, facebook, myspace, twitter etc. We’re planning a digital release of the EP on 11th April so after that we should be on iTunes, Spotify etc.
We also have a FREE DOWNLOAD of our track ‘On The Waterfront’ available from believe digital.
If you want to splash out the £3 for the physical EP before the digital release then you can visit our Bigcartel site and we’ll send you some ear candy.


As with most bands, I’d recommend you come and see us live. We’ve written so much recently that the records we have so far really just show you where we’re coming from as a band. If you come to a show, you’ll get a better picture of what we’re trying to achieve."
On The Waterfront by vetoes
Emerging Talent Stage Glastonbury 2011 Interviews Jon Sidwell Streams Vetoes