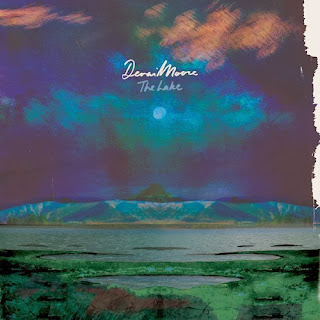 19 year old Denai Moore was born in Jamaica but grew up in Stratford, East London. She's apparently been making music since she was 7 years old, and has already toured alongside Tom Odell, appeared on the Jools Holland show, and her recently released debut EP titled 'The Lake' was produced by Ben Drew.

The first song on the EP is the title track 'The Lake'. It's instantly powerful, with a sombre piano and distant guitar playing whilst Denai demonstrates her wonderfully talented vocals. Her voice almost sounds like its being held back whilst the listener gets sucked in by the melodies, it's like a musical trojan horse.

'Everything' starts off on in a similar vein, with the music being quite stripped back, very much like the approach on the first James Blake record. However things take an unexpected uptake in beat halfway through, with Denai expressing a more positive tone and a fair amount of groove.

'Part 2' is the final track on the record, it's a delicate love song flowing from positive to negative and back again, and is sure to thaw the most frozen of hearts and minds. During the course of the EP there's nods towards the likes of Speech Debelle, Feist, the aforementioned James Blake, Cat Power even, but the over-riding thought is of how Denai has her own carefully crafted sound which is built around folk but is heavily influenced by soul.

Whilst her vocal delivery and approach is a clear stand out feature on this EP, there is also a prominence in her song writing ability, with a clear appreciation of timings and space within her songs. 'The Lake' is a brief snapshot of what this talented young woman is capable of and we're certain interested to follow her progress over the time to come. // Denai Moore