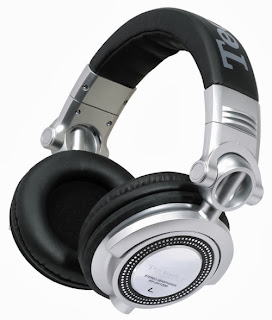 Today we are reviewing the Technics RP-DH1200 headphones, a pair of DJ cans which have recently been given a resurgence from parent company Panasonic.

As you would expect with most 'DJ Style' headphones, the sound is bass led, but despite this there is a clarity that surpasses most other units on the market.

Rather than having the bass dominate the sound-scape there is a clear separation of different sounds. They cater for most styles of music, however rather obviously it is the electronic genres which are best suited, with the headphones really coming into their own here. 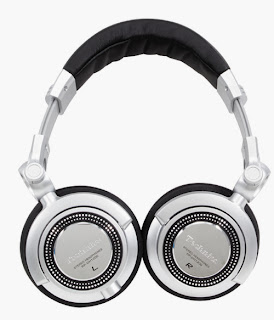 Following the lead from the classic Technic DJ turntable, the design is bold, mostly silver in colour, with a circle of dots on each can. They are certainly for those who like to make a statement, with the design sure to make the listener stand out in a crowd. They are more 'professional' than 'trendy/hipster' it must be said. The design feels well built and sturdy, and both ear cups can be turned by 90 degrees allowing for one-eared use.

The headband and pads are leather, both of which are fairly well lined and provide a decent coverage. The cans are large enough to completely cover the ears which is not only good for noise isolation but always helps protect the ears from possible abrasion. Once on the headphones feel secure, important if you're a movable DJ or potential jogger!

The headphones have a one sided cable which connects with a right angle jack. There is a twisting lock system which ensure the cable does not come loose. Included in the package is a coiled cable which might be more suitable in a studio situation. The normal cable has a remote attached which enables the control of volume and track selection when connected to Apple devices, as well as allowing for hands-free phone calls. One point to make is that the headphones fold up onto themselves and also come with a specially designed carry pouch. 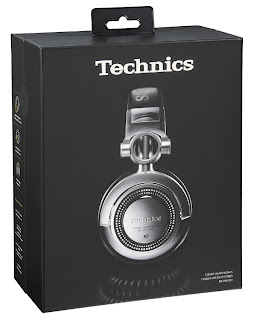 The Technics RP-DH1200 are attractively priced at around the £180 mark, and for that figure there is much to be admired.

The sound is powerful, bass clarity a major plus point for us dance heads, and there is also the iconic design which helps to set it apart from similar models available.