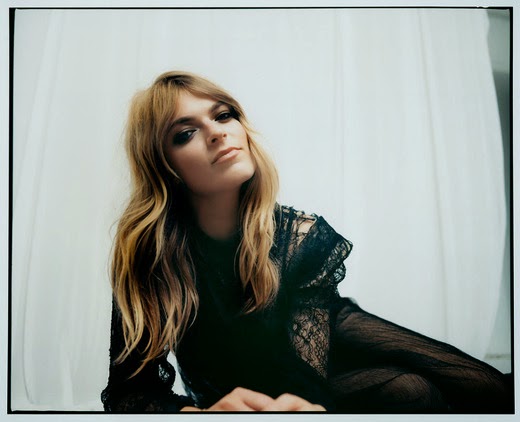 Laura Doggett is a 20 year old from Bath who recently signed with RCA Records, toured with SOHN, and this week sees the release of her debut single 'Moonshine'. As if that wasn't enough excitement for one week she's also currently supporting Yorkshire's finest - Mr John Newman, on his UK tour, the highlight of which came at a sold out show at Brixton's O2 Academy.

For someone of such tender years Laura Doggett certainly displayed a clear confidence not only in her ability, but also through the strength of her song-writing. The half a dozen songs that populated her set-list demonstrated her deep, powerful vocals that are refreshingly unique, which alongside the sultry stage presence leaves you feeling like you've witnessed not just a normal concert but a theatrical event.

The between song chit chat clearly revealed someone who appreciated the opportunity given to her by John Newman (who incidentally put on a fantastic show), with the honest thank you mentions to those who've been supportive endearing her to the crowd which swelled in numbers as her set reached a conclusion.

With a debut album to look forward to in 2015, no doubt we'll be seeing Laura Doggett on the live scene again in the near future, I'd recommend you do so too!