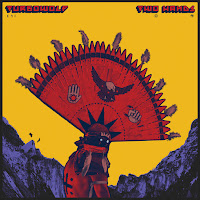 'Two Hands', produced by Tom Dalgety (Royal Blood, Band Of Skulls, Opeth), comes full loaded with riffs aplenty, delivered with a real swagger and enthusiasm from a band that have clearly always had the talent but finally also now have the platform to deliver and showcase to the world! 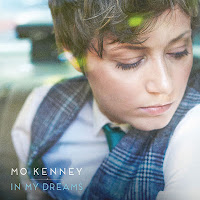 In My Dreams is a confident, thoughtful, and wholly satisfying collection of tracks which contemplate each other, and ultimately lends itself to an enchanting listening experience. Lead single 'Telephones' has some lovely harmonies, whilst you'd be forgiven for thinking that 'Untouchable' was sung by some big band diva such is the power and rawness that comes out. It's not all about the vocals though, Mo is a very talented guitarist and this is evident throughout this record. 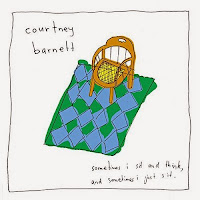 'Sometimes I Sit And Think, And Sometimes I Just Sit' is an absolute delight and showcases an artist in Courtney Barnett who is clearly making the strides and sounds that refreshingly she wants. Barnett has an interesting vocal style, half spoken word, half sung, but always delivered with a clear sincerity. Her lyrics tell stories and are full of life anecdotes and humorous one liners. Aside from the humour though there's humility and honesty to her work, revealing intimate sides to her character which are hard to not get swept up by. 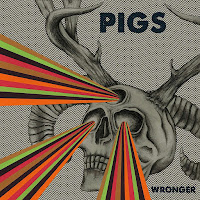 The 11 tracks that make up Wronger are an uncompromising collection of noise rock - drawing upon hardcore and punk, as well as moments of psychedelia, instrumental, and math rock. Pigs sound pissed off, and although that anger and aggression clearly comes out through their music, there's also a certain groove to their songs and a feeling that this isn't just noise for noise sake. Each track has an identity and a meaning, with the dynamics the group are able to create leading to a comprehensive and powerful listening experience, none more so than on the album's final track, the near 8-minute long 'Donnybrook'. 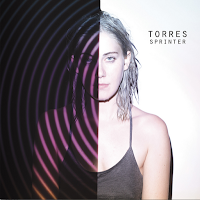 With the 9 tracks on Sprinter coming in at over 45 minutes that gives you an indication that the songs have time and space to breath and envelope you, with much to be had on repeated listens. The album is heavy and tender in equal measure, basically Torres has yet again wowed us! 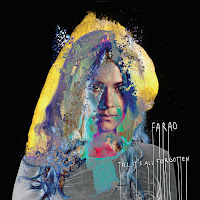 We first picked up on Farao (Kari Johnson) earlier last year with the release of her self titled EP through Something Nothing Records. We were suitably impressed with that effort and so therefore the arrival of her debut album 'Till It's All Forgotten' has been high on our 'must listen to' list. Imagine a Radiohead and Bat For Lashes type equation and you'll be getting somewhere close to how this album sounds. It shimmers and moves effortlessly between tracks, with genres and ideas blurred together creating something quite special and rewarding on those repeated listens! 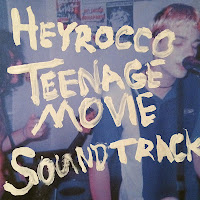 7. Heyrocco - Teenage Movie Soundtrack
The ten track album is released through Vital Music Group (Old Flame Records in the states), and it sees the band put together a highly energetic, well-constructed, and ultimately well received debut record. There are pop hooks aplenty throughout Teenage Movie Soundtrack but there's also some rather meaty guitar parts which allow for an appreciation of both elements. 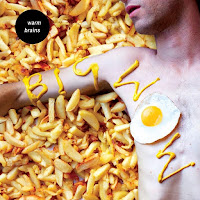 'Big Wow' is a wide ranging album that spanning 14 tracks and touches the 45 minute mark. There are clear reference points along the way, most notably 90's brit pop or indie, with the vocals in particular giving off that sort of vague, uninterested style that many of those bands of that time were adept at. That however is just a smokescreen on this album, with Attwell almost using the vocals to slide his clear song-writing talents under the radar, as his songs offer great melodies, adept anecdotes on life in 2015, and some quite experimental song structures. There's a lot going on and it's fair to say that Big Wow is an album that may require a little work from the listener to unlock its secrets, with multiple listens a probable requirement, but trust us it really is worth it! 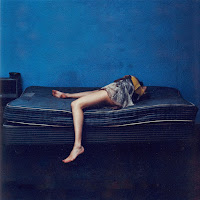 9. Marika Hackman - We Slept At Last

'We Slept At Last' was produced by long term collaborator Charlie Andrew (Alt-J), whilst the booklets with each CD/Vinyl versions feature a series of images taken by California photographer Glen Erler. The album begins with 'Drown', which is the opening single from the record, and is a perfect introduction to a contemporary folk album that has equal nods to the past, present, and future incarnations of the genre. Marika's softly spoken voice is perfect for the haunting music and ideas she creates, and over the album's twelve tracks you can easily lose yourself as the record swirls around amongst a combination of ghostly guitars and keys, with my favourite track and example of this being 'Open Wide'. 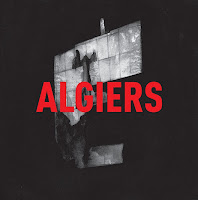 Algiers are a 3-piece from Atlanta, Georgia, who earlier this month released their self titled debut album through Matador Records. The 11 track album provides a platform for the bands political commentary which is underpinned by a collection of post-punk, gospel influenced, highly thought out songs, that when listened to as a whole body of work really lends itself to a challenging yet highly rewarding experience.
Album Album Review Algiers Courtney Barnett Farao Heyrocco Marika Hackman Mo Kenney Pigs Top 10 Albums Of 2015 Torres Turbowolf Warm Brains