THE BLOG SOUND OF 2016 - LONGLIST REVEALED 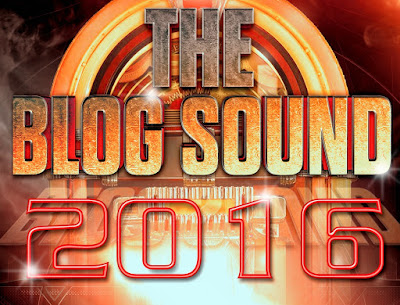 We are pleased once again to help reveal the longlist for this years Blog Sound Of 2016 poll. It's an interesting list this year, the first time in the 5 years that none of our chosen artists have made the final 15 longlist, make of that what you will! As a side note we're pleased to see the reformed Mt. Wolf appear again after making the 2014 poll and abruptly spiting up, we've got high hopes for them in the new year. We'll reveal our picks in early January in our Future Sounds feature. For now here's Robin from the Breaking More Waves site who can explain more about this years list.

"The Blog Sound of 2016 is a poll of UK based bloggers to determine the most popular and favourite emerging acts among those polled.

The aim of the Blog Sound of poll is identical to the BBC Sound Of list; it attempts to showcase new and emerging artists, but it differs in so far as many of the voting bloggers do not work in the music industry, they are simply fans who have a passion for writing about the music they love. In previous years the Blog Sound poll has identified a number of acts such as Alt-J and Bastille that didn’t feature on the BBC list, and has been slightly ahead of the game, featuring the likes of Wolf Alice a year before they appeared on the BBC Sound of list. Each year there is also some cross over with the BBC list and this year is no exception.

For the 2016 poll 58 music blogs each voted for their 3 favourite acts and the top 15 of those acts form the Blog Sound of 2015 longlist. To qualify for a vote any act chosen must not have had a UK top 20 single or album, either in their own right or as a named collaborator prior to 6th November 2015.

Here’s some of the data from the voting:

The full longlist is:

The most voted for and top 5 acts on this longlist will be revealed on the 5th January 2016.

The blogs that voted in this years poll:

A Pocket Full Of Seeds, A World Of Music And Madness, Across The Kitchen Table, Alphabet Bands, Beat Surrender, Bratfaced LDN, Breaking More Waves, Brighton Music Blog, Buzz Unlimited, Cruel Rhythm, Chord Blossom, Daisy Digital, Dive, Details Of My Life, Dots And Dashes, Drunken Werewolf, Digital Shuffle, Echoes And Dust, Electronic Rumors, Encore Northern Island, Even The Stars, Faded Glamour, Get Into This, Get Some, God Is In The TV, I Love Pie, Just Music I Like, Kemptation, Killing Moon, Little Indie Blogs, Love Music: Love Life, Metaphorical Boat, Monkey Boxing, Music Liberation, Music Like Dirt, Music Umpire, Neon Filler, Not Many Experts, Popped Music, Pursuit Of Sound, Rave Child, Record Rewind Play, Scientists Of Sound, Some Of It Is True, Spectral Nights, Sweeping The Nation, Synth Glasgow, The Blue Walrus, The Devil Has The Best Tuna, The Electricity Club, The Evening's Empire, The Mad Mackerel, The VPME, This Must Be Pop, Thoughts On Music, Too Many Blogs, What If I Had A Music Blog, When The Gramophone Rings