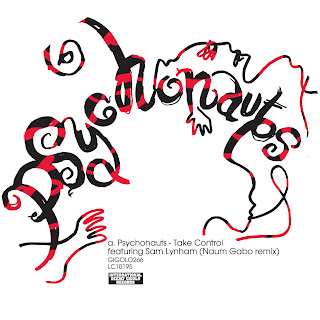 Psychonauts are a duo from Yeovil (sleepy West country land, UK), who have been making uber cool electronic music since the early 00's. Like other acts in the area (Portishead/Massive Attack) their output has been sparse, contact minimal, but importantly they have produced some inspiring and ground breaking tunes.
Psychonauts return in 2010 with an EP titled "Take Control" on the Gigolo label, which features the track of the same name which actually was the song which finished their recently re-released 2003 album "Songs For Creatures". There are remixes from Naum Gabo and Psycatron, as well as a new track "Dream Chaser". The original has clearly influenced the likes of Four Tet and Joy Orbison, with its quirky repeated synths and samples, gradually building into an atmospheric journey which will sweep you away. Yeah its THAT good.
You can purchase the album here and the EP here. /// Gigolo Records
MP3: Psychonauts - Take Control
MP3's New Music Psychonauts