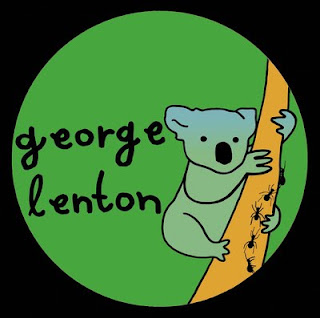 Every now and then every blogger will go through a barren spell, writers block if you want, basically having no energy or enthusiasm to write about anything. Thankfully my recent rut was broken by an awesome EP which dropped in my inbox which I just had to put something down about. George Lenton you are my saviour.
We picked up on George early last year, as he produced a series of original dupstep tunes such as Troll and Jungle Whomp, as well as some tasty remixes. He returns in 2010 with his "Midnight" E.P, which upon first listen will have you re-checking exactly who your listening to. For Mr Lenton has ditched his dirty dubstep for some soothing atmospheric vibes. With the important thing being that both work really well, showing the musical talent this man clearly has.
The four track record (Midnight, San Angel, Pulaire, George Lenton Vs Al Green Simply Beautiful) is a mellow, down tempo electronic affair, with vocal clips and bleeps aplenty. The intelligent songs easily flow together, and actually the E.P works best when listened to as an entire body of work.
Not wanting to brag but we did tip George in our future sounds of 2010 post, so i guess we shouldnt be surprised with how great this record is, but actually we are because it is that good!
MP3: George Lenton - Midnight
MP3: George Lenton - San Angel
MP3: George Lenton - Pulaire
MP3: George Lenton - George Lenton Vs Al Green Simply Beautiful
Download entire EP // www.myspace.com/georgelenton
EP Reviews George Lenton Jon Sidwell MP3's