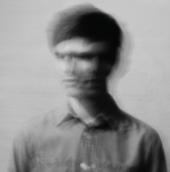 James Blake has been on the radar of many tipsters for the past year or so. So far in 2010 he's released two EP's, 'The Bells Sketch' and 'Klavierwerke' (both through R+S), and next month see's the first single from his debut as yet untitled album. Covering the Feist song 'Limit To Your Love', Blake demonstrates a vocal presence well beyond his years, as well as an understated yet powerful nod to his dubstep roots. It's certainly a tantalising glimpse of what's to come from his LP, which is should drop early next year.
James Blake // Single out through Atlas November 8th