Single Review : MOPP - Dream About You 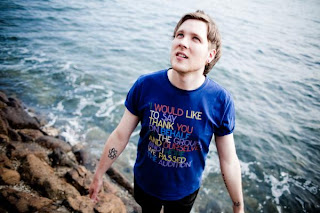 Ok, so this whole electro-pop movement that’s currently dominating the UK airwaves started to feel a little over-saturated round about the turn of this year – every other act, whether rock or bubblegum pop, has dabbled in this new trend, meaning most indie bands and pop outfits have ended up producing rather stale and uninspired music.
So, what can Scottish producer MOPP add to this diluted electro-pop scene? For a start MOPP (Barry Mopp) isn’t just peddling that standard electro-tinged pop-rock that has constituted the main bulk of the scene. This lovely multi-instrumentalist produces actual electro-pop – as in an accessible form of dance music, as opposed to an ‘experimental’ (cough, cough) form of indie music. MOPP began his musical path with spurts of DJ-ing before progressing to real instruments; this Scottish boy wonder handles every aspect of MOPP himself, from the writing and producing to playing all the instruments. His dreamy and understated project could, therefore, be likened to Canada’s Caribou, and just like Caribou, MOPP has enlisted a full (five-piece) band for the live shows. 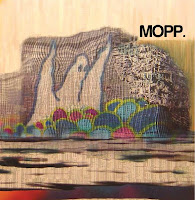 ‘Dream About You’ is MOPP’s second single and will be released on October 18th (through Euphonios). The track commences with some subdued keyboard action and a soulful male vocal, developing slowly and calmly with plenty of floaty synths. This initial techno-influenced ambience lasts for just over two minutes, before a liquid, almost trance-like beat drops (trance-like in that it contains a building euphoria, but in a much more subtle and much less cheesy way – perhaps ‘trance-lite’ would be a fitting description?). Breezy, but wholly memorable. The accompanying video is also well worth a little look.
The B-side to ‘Dream About You’ is, in the opinion of Music Liberation, a slightly better tune. Entitled ‘Take Me Higher’, it features the same kind of vocals as the A-side, but the production is a little more thrilling. Kicking off with swelling strings and a pacey but solid drumbeat it has a sombre tone to it, which stands in contrast to the more uplifting nature of track one. As the song progresses, piercing violins and a brooding bass-line create an atmosphere of urgency, and it all sounds like the best thing Moby hasn’t produced in a decade (‘Take Me Higher’ does actually share quite a close resemblance to Moby’s ‘Extreme Ways’).
With support from the BBC and an encouraging NME mention under his belt, MOPP’s fresh take on electro-pop is certainly something to listen out for.
MOPP // Euphonios