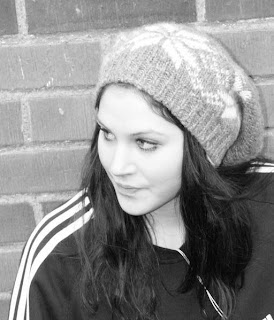 Charlotte Eriksson is only 19 years old. Charlotte Eriksson is a singer-songwriter. Charlotte Eriksson is good looking. Charlotte Eriksson is talented, and sometime soon Charlotte Eriksson will be branded “one to watch”.
Good, that’s the obvious rhetoric out the way. You see I suspect fitting into such a demographic will be both a blessing and a curse for this Swedish artist; proving she’s not just another contrived, female, pop-folk act will invariably be her cross to bear. Competition out there is rife.
Thankfully her music speaks for itself. New single ‘Creepy Little Story’ does what it says on the tin. With the morbid phrasing that I’d expect to hear in a Leonard Cohen tune, Eriksson’s crystal clear vocals narrate a story about a troubled young girl. Her voice twists and turns throughout the tune, pulling influences from all over. In the bridge she sings like Shirley Manson whilst in the chorus she delves into Avril Lavigne territory. Such comparisons may be a doing her a disservice, but it’s a connection that people will make when Eriksson does “teen angst”.
Nonetheless, the music on the whole stays well away from such clichés. What’s more, subtle production nuances such as occasional vocal layering and reverb make this song stand out from general, formulaic folk. It’s imperfect, gutsy and ambitious, hinting at Eriksson’s impressive aptitude for song writing. Give it a couple of years and she could be huge. “One to watch”.
Charlotte Eriksson
Charlotte Eriksson - Creepy little story by Music Liberation
Charlotte Eriksson Moker New Music Streams