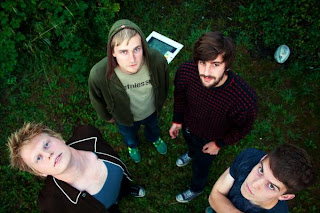 Having formed just over a year ago, Gunning For Tamar are a very young band – which is very, very surprising considering just how tight and accomplished the four members sound together. This Oxford quartet play the type of melodic post-hardcore that too many upstarts try and smash out – this is the kind of music anyone who listened to Thursday in their heyday, and Hopesfall before their demise, decide (or desire) to play. But whereas the guitars and melodies of most other bands trying to emulate their post-rock/hardcore heroes fail to stir any kind of real emotion, Gunning For Tamar are competent, professional and create a substantial atmosphere. Which, as already pointed out, is astonishing considering they only formed just twelve months ago.
‘Deaf Cow Motel’ is their new EP, which boasts a clear and crisp production quality very few low budget releases can claim to feature. Opener ‘German Treasure Island’ kicks off with a building, energetic riff and punching drums before the tone relaxes for the verse. The second half of the track then picks up the pace again, with a huge, harmonious chorus and layers of post-rock guitars. The bass on ‘Running With Scissors’ gives the track a grumbling groove, and the quick-fire, almost off-kilter drumming provides a math-rock element. ‘God Made Colours’ continues in the same vein, minus the heavier, emo-riffing of the opening couplet. 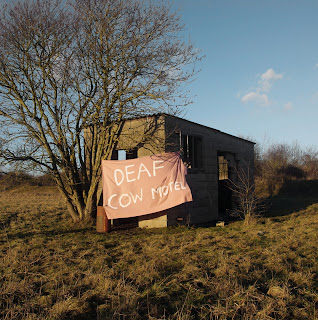 A big feature of Gunning For Tamar’s post-hardcore that sets them apart from the competition is the epic and emotive vocals – containing both gentle vulnerability and commanding strength. These (scream-free) vocals, together with the general intricate nature of the layered guitars, recall the intelligent emo of Funeral For A Friend’s ‘Memory And Humanity.’ And just like FFAF, Gunning For Tamar are able to sound both progressive and accessible through their soaring melodies – showcased no better than on closing track ‘Bonfires’.
Deaf Cow Motel will be released through Walnut Tree Records on 30th May 2011. Music Liberation urges fans of emo, post-hardcore, post-rock, math-rock, blah blah, to check them out.
Gunning For Tamar - German Treasure Island by abadgeoffriendship