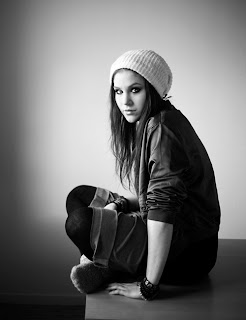 Some months ago Music Liberation featured Charlotte Eriksson’s single Creepy Little Story and I gave it a pretty glowing review. I even said she was one to watch. So it’s with some trepidation that I’m now presented with reviewing her new EP ‘The Glass Child’. What if this record is second-rate twaddle? This is my reputation at stake Eriksson, I hope you realise that.
It all kicks off with the aforementioned single Creepy Little Story. All is well. This bitter-sweet tale about a dysfunctional girl sets a terrifically tongue & cheek, semi-gothic tone that Tim Burton would approve of.
But panic! Eriksson quickly goes off-piste with the introspective 'I'll Never Tell'. The sorrowful lyrics and warm chords balance on the precipice between genuine emotion and rock cliché but the song is wrenched from certain doom with some fantastic vocals that are way beyond her early years. This, combined with a fragile middle eight that’s reminiscent of fellow Scandinavian popster Stina Nordenstam, manages to steer the entire piece away from the obvious. 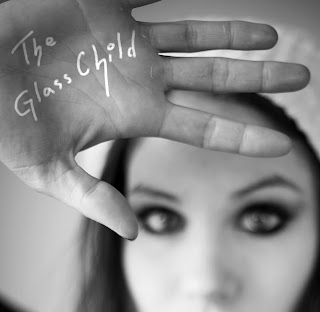 And so this becomes the story of The Glass Child. Eriksson tackles formulaic pop head on yet somehow manages to make the obvious, well, unobvious. 'I’m Hidden So Well' could be an out and out rock ballad with its commercially palpable chorus, but coupled with beautifully brittle and absorbing verses it becomes something much more interesting. 'Stuck in my Mind' displays these same contrasts again, sounding like Susanne Vega mixed with Evanescence whilst closing title track 'The Glass Child' takes the contrasts further; palm muted guitars and that familiar Avril Lavigne snarl are circumvented by furrows of calm and delicacy.
Eriksson might have been bold enough to run away to London at 19 to pursue her musical career but her Scandinavian pop heart beats loudly through her penchant for big choruses. This isn’t unpleasant as such (indeed, I suspect it’s positively appealing for the masses), it’s just that her real vulnerability and charm lies in brooding, quieter moments where she shines the strongest. Nonetheless, these contrasts are pleasingly idiosyncratic; Eriksson’s conflicted and quirky writing style makes this EP something more than just ordinary. Therefore I still smugly proclaim she is most definitely one to watch.
Catch Charlotte at The World's End this Thursday for her official (ish) EP launch show!
Charlotte Eriksson // Soundcloud // Download EP
I'm Hidden so Well by CharlotteEriksson