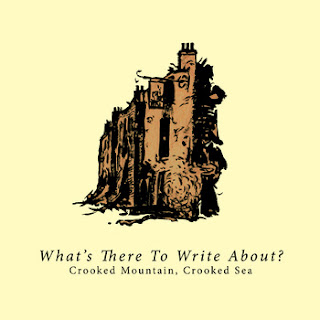 After giving such a bright review of their EP last August, it was with much delight when the debut album from Brighton’s Crooked Mountain, Crooked Sea recently dropped through our inbox. Titled ‘What’s There To Write About?’ and released this week through Box Social Records, we were expecting big things and we haven’t been let down.
Kicking off with the eerie ‘Faults’, the band carry on where they left off from their EP ‘I Watched It From The Roadside’, with a stunning combination of angst driven vocals and powerful drums, interspersed with cutting guitars. Vocalist Andy Brothwell has great depth to his voice, which is none more so apparent than on ‘Plans’ where he seems to effortlessly transcend from full on lung bursting shouts to being quiet and almost understated. ‘Chances Scattered’ demonstrates a more mellow sound for the band, whereas my favourite track from the LP ‘Second Guessing From An Armchair’, definitely does not. ‘It Should’ is another cleverly worked song, as it slowly builds with haunting vocals and a singular guitar before being launched into full scale ear bashing. 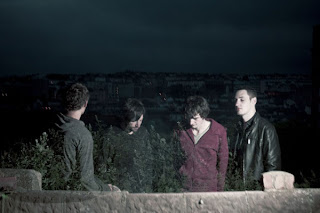 Clocking in at a mere 27 minutes there no hanging around with this record, but then there’s enough diversity on offer to make it somehow seem longer than that. Having been recorded predominantly live in a converted stable there is a tendency for some sounds to get drowned out by others, however I feel this adds great texture and a sense of urgency which is vital when trying to get across the message of this band.
This debut record is raw and totally uncompromising, certainly not for the faint of heart, but well worth checking out.
STREAM/BUY ALBUM // Crooked Mountain, Crooked Sea // Box Social Records
Crooked Mountain, Crooked Sea - Drawing Details by Undress To Win Press
Album Review Box Social Records Crooked Mountain Crooked Sea Jon Sidwell Streams