EP Review : Crooked Mountain, Crooked Sea - I Watched It From The Roadside 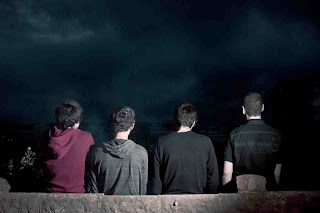 Out this week through Smalltown America is 'I Watched It From The Roadside', the latest EP from Brighton rockers Crooked Mountain, Crooked Sea (ED: Awesome name right?).

This young four piece have quickly gained respect among critics and fans alike, thanks in part to some extensive touring as well as significant airplay on BBC 6 Music. Having recently joined the roster of the ever impressive Smalltown America label, the band now have the platform to take their talents and ideas to new levels.
The record begins slowly with the rather ironically titled 'Slow News Day', which although being perfectly formed doesn't compare to the power and intent shown in 'They Don't Mean Anything'. With angular guitars, pinpoint drumming, and angst ridden vocals, this track demonstrates a clear urgency from this band to take hold of a rather turgid post hardcore scene, and make it their own. 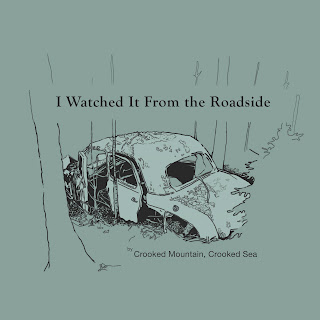 The rather melodic 'Out in The Dark' gives the album a much needed pop sensibility, whereas 'Mice In The Cellar' features dual vocals adding yet another dimension to the bands sound much the same as Future Of The Left. The atmospheric final track 'Time And Place', gives a clear nod to label mates And So I Watch You From Afar, with the band pulling out all the stops to create a wall of carefully constructed melodic noise. 'That Drums Discordant Sound' is my favourite track on the record, where the passion and intensity from the vocals create a real sense of urgency that steadily grows, and coupled alongside the dark natured guitars, collide with an almighty bang at the songs dramatic conclusion.
This is an impressive EP which demonstrates the sound of band who are not only pushing themselves, but the post hardcore genre itself to be much more urgent and relevant in 2010. I think they are a band who need a full length record to really give themselves the space to fully expand and realise their ideas, which hopefully won't be too far away (hint hint!). Catch the band on tour with Amateurs this week, check the myspace for full dates.
Crooked Mountain, Crooked Sea // Buy EP // Smalltown America Records
Crooked Mountain Crooked Sea EP Reviews Jon Sidwell Smalltown America Streams