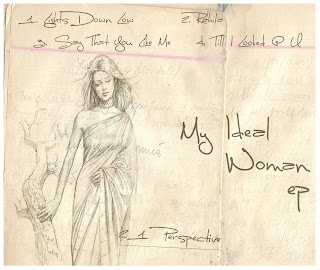 21 Perspective is one of those annoying people that is not happy being more proficient at one particular skill but seems to master anything they turn their hand to.
Holding a bachelor’s degree in Philosophy from UCL and continuing his education as a medical student, 21 Perspective is also an accomplished actor and is currently producing, directing and starring in a film he also happened to write…
Ever feel like you don’t make the most of your time?
Having entered the entertainment industry managing artists- he played a major role in SwiftKnight’s signing to District 6 Publishing, the home of Donaeo, K Koke (Jay-Z’s Roc Nation label) and super-producer Just Blaze - and with 'My Ideal Woman' 21 Perspective showcases even more talents.
A precursor to #StraightAStudent, his mixtape due for release any time now, My Ideal woman is an EP that hip hop fans can call upon when yet another accusation of hip hop being nothing but shallow boasts, violence and misogyny is levelled at the genre.
Opener 'Rahila', a relaxed but heartfelt ode to the lady in Perspective’s life, features some delicious Spanish guitar licks and a chorus sung in Urdu and serves to set the scene for the remainder of the EP.
While 21 Perspective will never beat Pharoahe Monch or Eminem in a ‘best flow’ competition, his diction is clear and his voice is engaging. Like some of Talib Kweli’s earliest work, there are times when 21 Perspective tries to stuff a few too many syllables into a bar, which can make his flow sound a little unpolished.
The EP’s real strength lies in the beats 21 Perspective chose to weave his narrative over. The guitar on 'Rahila' and 'Say That You Like Me' is lush and beautiful while the vocal sample on 'Till I Looked @ You' provides a bounce and pace that counteracts the introspective lyrics wonderfully.
With a great ear for beats and a refreshing approach to a genre of music that often faces accusations of stagnancy or even ‘death’, if his flow and lyrics develop and improve, 21 Perspective’s brand of hip hop could prove to be a breath of fresh air amongst the UK’s increasingly commercialised rap scene.
21 Perspective // Download 'My Ideal Woman'