Posted by Tom Nash on March 26, 2012
Having recently reviewed his debut EP titled 'My Ideal Woman' we thought it would be quite nice to interview the chap himself; 21 Perspective. Our boy from the hood, well Clapham, Tom Nash asks the questions. 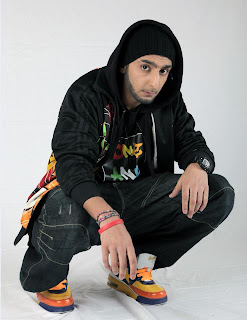 Tom: So have you found your ideal woman, or is she still out there somewhere waiting for you?

Tom: There aren’t many rappers that would prominently feature an ode to their mother on their debut release (Rahila). It’s a great track- you probably say what most of us would like to say to our mum if the majority of us fellas weren’t crippling stunted, emotionally. Has your mum heard it? What was her reaction?

21: My family doesn’t really know I do music but I did play my mum this track. She hugged me when she first heard it. Then when she heard it on radio (her name is Rahila), she blushed. I love my mum.

To be honest whatever. I don’t really follow norms. Never have. Never will. Women deserve much more respect than they are given.

Tom: You have a great ear for beats! What’s your process? Do you write to the beat or find the right backing to fit your lyrics?

21: Thank you. Both. More often than not I’ll find a beat and just zone out to it. My BB and rhymebook are full of song concepts, bars and ideas I need to develop so occasionally I do start with a set idea of what beat I need.

Tom: I’m not sure which is my favourite track on the EP is Rahila or Till I Looked @ You. Do you have a favourite?

21: Lights Down Low. I have a few mic personalities – noticeably I’ve been working on the Suicide Kid and the Romantic. That song introduces the latter – I usually use a faster flow and exaggerated romanticism with that character.

My debut single I Will Be Waiting (out on 2nd April) is from the Romantic.

Tom: You’ve seen the music industry from the business side and the artistic; which do you prefer? 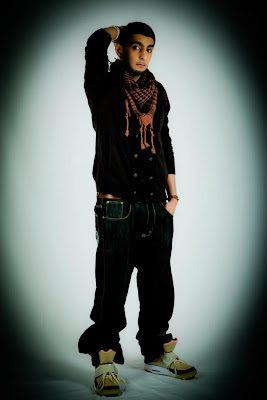 21: Not even a question. Artistic. This whole industry’s an illusion and it’s graft. It can kill your soul if you let it.

Tom: The subject matter of My Ideal Woman and the title of your upcoming mixtape #StraightAStudent suggest an approach to Hip Hop that is far from the stereotype of guns, bitches, bling and bragging. Is this a conscious effort on your part or should we expect you to “get ig’nant” on #StraightAStudent?

21: You’re correct but I’m not really a conscious artist. I just do me. Just me on a microphone. Some of my music’s about morality, some of it’s about relationships, some about my struggles. It’s everything and anything.

But at the same time there’s a lot coming in 2012 from the Suicide Kid – the angry, aggressive part of me that’s screaming to be heard. Everything’s a part of me and I’m just trying to express myself as best as I can.

Tom: So you’ve got a Philosophy degree and a medical degree, have a film you’ve written, directed, produced and starred in on the way (Rivers of Blood) AND a mixtape too… Where do you find the time???

21: I only sleep about 5-6 hours a day, I only eat twice a day if I’m lucky. I got 3 jobs to try and support myself and music. Most of my friends either walked out on me or I cut them out of my life so I don’t really socialise. Music, medicine and religion. That’s basically my life.

If you love something, you’ll strive through the struggle to achieve your dream.

Tom: Is there going to be an accompanying soundtrack to Rivers of Blood?

21: I’m thinking about it; I’ve had a few ideas. If time and promotion allows. That’s all I can really say about that at the minute.

Tom: Your Wordpress site features entries on Existentialism and Middle-Eastern Philosophy as well as musings on Politics and medical research- Pretty meaty stuff. Hip Hop isn’t a genre known for tackling issues like the human condition, how has your training in Philosophy influenced your creative output? 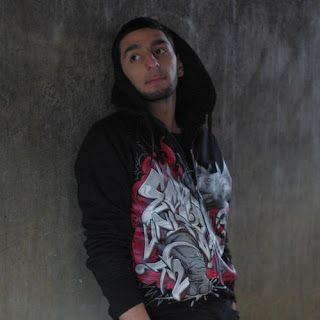 21: It made me think. A lot. So when I put pen to pad I’m always trying to experiment whether it’s with rhyme scheme, a story, a chorus or whatever. People will see that a lot with my newer material.

But for example on each verse of If I Could Find You on My Ideal Woman EP (available on iTunes may I add!) I took 8 bars then turned them inside out to make a complete 16 bars so it went: AA BB CC DD DD CC BB AA

I’ve never seen or heard anyone doing that.

Tom: Do you feel you will need to ‘dumb down’ your content to reach a mainstream audience?

21: To be honest I write whatever’s in my soul at any given moment. I just hope people connect with that.

Tom: You’re a poet and rapper, or should they be classed as the same thing? Is there any difference in drafting a poem to writing bars?

21: Yes and no. Hip hop is just modern-day poetry; only difference is that it’s over a beat. I firmly believe that. I’m trying to just develop what I’ve learnt from Rumi, Shakespeare, Marlowe and implement that into music.

My spoken word poetry allows me to forget rhyme scheme and regulations. Maybe it’s a truer reflection of myself. Who knows?

Tom: I studied a bit of English Lit. at university so can’t help myself here- you mention Christopher Marlowe as an influence. Some say he was the original rock star. So what do you reckon- killed in self-defence or assassinated? 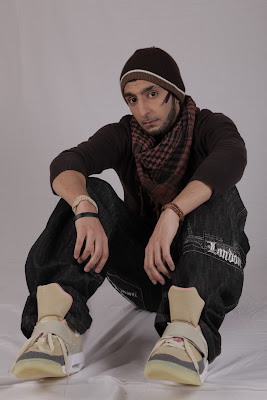 21: I would agree with you there. I prefer his nuanced over-emphasis of romanticism that I felt other contemporary playwrights didn’t have. Personally I believe and have heard Shakespeare had him assassinated…precedent to Tupac and Biggie eh? Haha..

Tom: What was the first single you bought? Mine was ‘Here Come the Hotstepper’ by Ini Kamoze. Not bad for a 10 year old…

21: Ummm honestly I think I’m a little embarrassed. It was a remix of J. Holiday ‘Bed’ at the age of 17 that I couldn’t download anywhere. Sorry!

Tom: What’s on your iPod at the moment?

21: Drake, Dappy. I have a stupid amount of respect for both of them. They’re absolutely mind-blowing from a musical angle. Lotta slow jams too. Just vibing off that right now.

Tom: When can we expect #StraightAStudent?

21: It’s been a long road. It was one set of songs ready for December 2011 as an EP. Then it became a mixtape in early 2012. Now it’s back to an EP with none of those original songs. I just wanted to perfect it. It’s all done and mastered now. Just juggling it with a few other separate singles now. Just tossing up options.

Tom: Anything else you want to let our readers know?

Trailer is up at www.Youtube.com/WhatsYaPerspective

Tom: Thanks for taking the time to speak to Music Liberation.