We like to think here at Music Liberation HQ that we know our music, at least to a certain extent. Fashion on the other hand can be a little sketchy. Thankfully there are good guys out there like the fine people at Farah Vintage who can help point us in the right direction.

Having originated in the 1920's, Farah Vintage have been about a bit and have certainly managed to create a cult status amongst their piers, as well as keeping a close association with the medium of music particular during the 1980's. 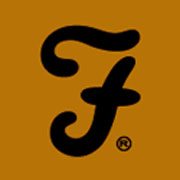 Here's what they say:- "Farah is the Original Casual Company, the brand has remained true to its principles and true to its heritage. Farah is the rejection of formality, the repeal of conformity. Farah is an identity". Sounds good to us!

Right now Farah are running a competition for one person to be the star of their next ad campaign. Titled 'Citizens of Farah' the winner will not only be the face behind the advertisement but will also help out photographer Gavin Watson whilst he shoots. AND they'll be able to grab a load of free clothes!

All you have to do to enter is to 'like' the Farah Vintage facebook page, and then upload a photo of yourself. EASY!

The competition closes on the 6th April.