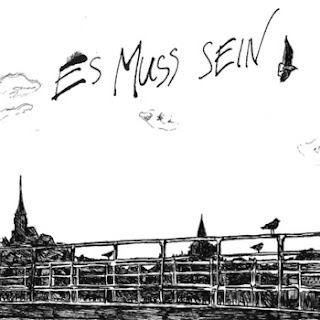 There is a bothersome trend at present for young girls with fragile voices to cover popular songs in a slow and maudlin fashion to flog records or to advertise department stores. As such, it’s becoming pretty darn easy to roll your eyes out of your head with cynicism when you hear yet another fragile voiced girl baring her soul on yet another slow and maudlin record.

So it is in such a climate that Poppy Wilson aka Es Muss Sein finds herself brazenly releasing her self-titled debut EP. On offer are three sparse tracks on a record that is distinctly slow and undeniably maudlin. Yet these are her songs, her voice, her guitar and her angst as it becomes quickly evident that Wilson’s approach to this already overcrowded genre is distinctly uncompromising.

Apart from the odd overdub, each track is a mere voice and a single guitar line. There is no semblance of song structure, there are no big choruses, just simple patterns of notes hypnotically repeated over and over, accompanying Wilson’s resonating vocals. The whole EP is a meditative experience as Wilson invites us to wallow with her in her woe. 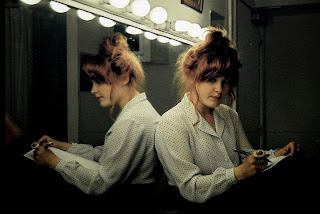 This simple record is nothing if not brave as Wilson’s self-indulgent approach to music may leave some frustrated. These three solemn songs could struggle for mass appeal as they are cyclical in nature, without the salvation of catchy hooks or crowd pleasing string accompaniments. Yet her basic – almost amateur – approach to writing and recording is her strength. In a genre full of cover songs and faux emotion here we are offered sincerity and truth on a plate with what feels like a healthy disregard for popular expectation. It’s refreshing.