ALBUM : WIHT - THE HARROWING OF THE NORTH 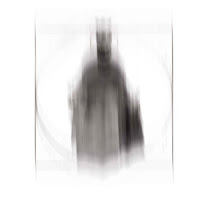 Stoner rock has always been the territory of the American yee-haw bands. Across the vast Atlantic however, the correlating British scene struggled to compete. We have grey skies and gloomy post-industrial towns, not sun soaked beaches and expansive deserts - our home grown contemporaries were always going to be different to their cowboy hat wearing cousins.

So when the now defunct, Leeds based, post-doom-sludge-whateverists Wiht decided to write an instrumental album about William the Conqueror ravaging the North of England, it was always going to be a distinctly English affair. Their final record, ‘The Harrowing of the North’ is a mere two tracks (plus a lengthy bonus track) but is a veritable epic of stoner rock enormity and post rock exploration. Each twist and turn in this capricious monster, from sparkling single notes, wailing guitars and tinkering cymbals to the gigantic, heavy, fuzzed out riffs and booming drums all serve as analogies for William’s marauding armies across the maudlin North, and events leading up to his remorseful deathbed 20 years later.

Wiht might have set themselves a staggering task writing such a record but they manage to convey drama in their music with such aplomb, the entire project is a seemingly effortless success.. ‘The Harrowing...’ is a joy to behold. A swerving, organic beast that you can’t take your ears off, intense and bursting with energy, doom-filled and ominous, it leaves you flabbergasted. This release, in the wake of Wiht’s demise, should be honoured in a fashion akin to the work of any deceased artist of note: with a reverence and awe becoming of a masterpiece, for this record is indeed fitting of such a lofty label.

‘The Harrowing of the North’ is out 4th February on Devouter Records. // Wiht