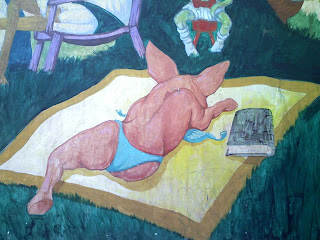 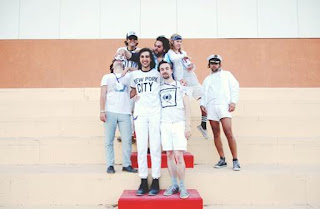 Dancing in the sunshine, Los Porcos mixes up everything that’s good about its members’ musical make up. Despite Soundcloud declaring they come from “New Pork City” the line-up is actually made of seven London and Manchester natives and members of Profundo and FAMY as well as the now defunct Wu Lyf, each bringing their own sound to the fore. Los Porcos’ seamlessly combines the cloudy dream popped melodies of FAMY with the weighty psych-rock riffs of Wu Lyf but with a completely fresh nu-disco funk twist. A band to watch: rely on these guys to keep your Summer going smooth, well into the autumn.