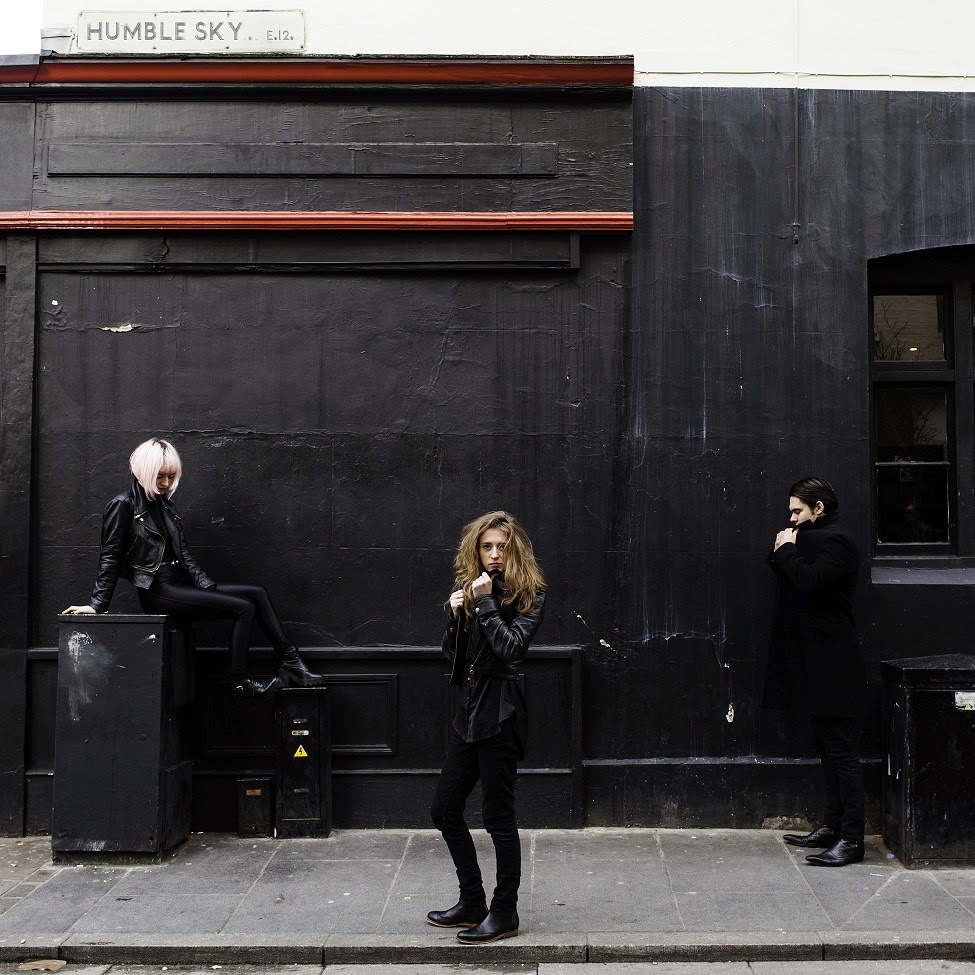 'Humble Sky' is the second album from East London three-piece Bleech, following their 2012 debut 'Nude'. The band are composed of sisters Jennifer and Katherine O'Neill and drummer Matt Nick.

The album released through Billie Dog Records is a reaction to what Bleech see as their capital city being full of wooly jumper hipster bands and posers. Jennifer explains how "it’s exasperating to see so many bands choose fashion over function these days".

'Humble Sky' sets out to stay away from 'tastemaker' lists, instead focusing on two attributes which some argue are usually missing from such lists; big melodies and big guitars.

The album begins in sharp fashion with 'Not Like You', the video for which pokes fun at what Bleech see as our sex-crazed entertainment industry. 'I Just Want You' is our favourite track from the record, showing exactly what makes Bleech great - big, fun melodies which you can sing along to and head banging guitars.

'Love Is Free' slows things down a bit with the tone being darker than before, which sets up 'Isolate', perhaps the bands most ambitious track to date from a songwriters perspective, and its certainly a bold move to place the song so early in the album.

'Marching Song' and 'Here I Am' get things back up to tempo, before 'Sparks' lets the band show off their groovy best. The record closes with the piano led 'Grow', a poignant way to finish an album which is so heavily fronted by guitars.

'Humble Sky' is yet another arrow that can be fired into the trendy tastemakers balloon of 'there are no decent guitar bands anymore'. / Buy 'Humble Sky' / Bleech / Billie Dog Records