ALBUM OF THE WEEK: FRANK CARTER & THE RATTLESNAKES - BLOSSOMS 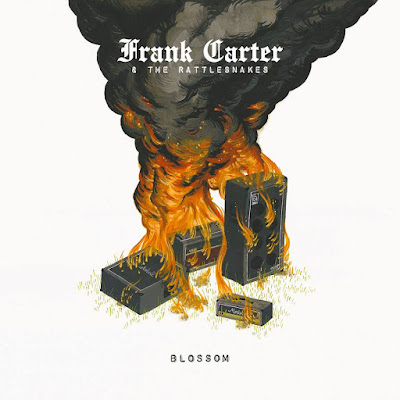 
Frank Carter is known for his front-man role in Gallows and more recently Pure Love, the English- American rock collaboration with ex-The Hope Conspiracy and Suicide File guitarist Jim Carroll. Now however, he’s working as Frank Carter & The Rattlesnakes, a strong spirited and guitar frenzied 4-piece, who combine metal and rock giving a vicious bite which has their listeners and fans on edge.

Their EP ‘Rotten’ released earlier this year reflected upon Carter’s rock roots, and their debut album ‘Blossoms’ furthers this; consisting of 34 minutes of meaningful soul wrenching lyrics, and a heavy metal-core outlook it was released on August 14th via their own imprint ‘International Death Cult'. 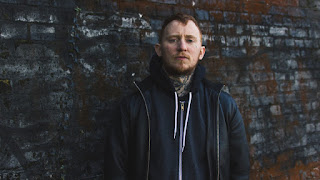 Boasting a total of 10 tracks with names ranging from ‘Devil Inside Me’, ‘Beautiful Death’ and ‘I Hate You’; ‘Blossoms’ maybe a completely contradictory album title. This could well link to the album’s sarcastic tones and quips, mirroring lyrics such as “there’s a Devil inside of me, and I don’t know if he’s staying” and ‘Loss’ where Carter screams about a hypothetical loss of pretty much everything of importance in his life.

‘Loss’ is one of the heavier tracks on the album, the vocal ratio being equal to the rest of the instruments. It takes that of an almost poetic stance, on how loss and loneliness are not so far apart - “so fucking lonely”. Parallel track ‘Beautiful Death’, is an expressive song of the death of love, or of a loved one and hence, softer tones are emerged into heavier ones. It is the one song on the album that can lead the listener to do one, or both of two things:

* Head bang and scream along

Overall this album creates a very morbid atmosphere with the repetition of death within the majority of tracks, yet its metal-core/ heavy alternative rock vibe is met with a strong head-banging screaming bunch of listeners.

The band played at the recent Reading & Leeds Festival, and will be touring throughout October, as well as playing at the UK Vans Warped Tour at Alexander Palace.