ALBUM OF THE WEEK: MO KENNEY - IN MY DREAMS 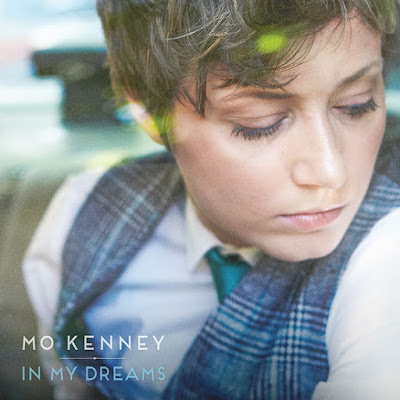 Canadian singer-singwriter Mo Kenney first came to our attention at the beginning of last year, when we caught her supporting Rachel Sermanni at the Union Chapel. It was one of those beautiful occasions where you know very little about one of the support acts but they play a storming set which takes you by surprise and they gain a legion of new fans, us included.

Her self titled debut album came out in 2012 with much critical acclaim and support, and her latest offering - 'In My Dreams' - has already started gathering momentum with several UK radio plays.

The 10 track album is supported by New Scotland Records and Pheromone Recordings, and sees Mo working again with Joel Plaskett with whom she collaborated with on her first record. Plaskett is famed for his analogue production skills and his newly installed Neve sound board lends itself to this immeasurably, perfect then for capturing Mo's incredibly dynamic and eloquent vocals which are really brought to fore on this album.

Lead single 'Telephones' has some lovely harmonies, whilst you'd be forgiven for thinking that 'Untouchable' was sung by some big band diva such is the power and rawness that comes out. It's not all about the vocals though, Mo is a very talented guitarist and this is evident throughout this record. There's a real blend of tracks with differing tempo's, with slower songs such 'Wind Will Blow', but equally more upbeat ones like 'Mountains To The Mess' and 'Dancing'.

In My Dreams is a confident, thoughtful, and wholly satisfying collection of tracks which contemplate each other, and ultimately lends itself to an enchanting listening experience. Mo is about to start a UK/European tour so make sure you check her out!