ALBUM OF THE WEEK: COVES - PEEL 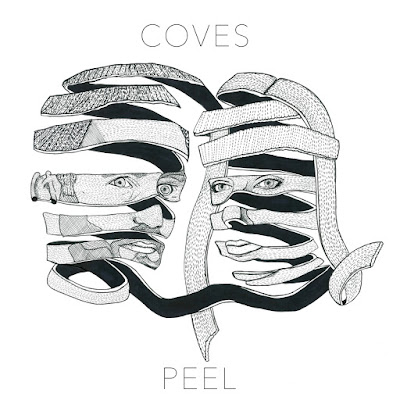 'Peel' is the second album from Coves, a two piece (Rebekah Wood and John Ridgard) who are from Leamington Spa in Warwickshire, and have been together since 2011. The new album is released through 1965 Records and follows up their 2014 debut 'Soft Friday'.

The album was recorded and produced by Cam Blackwood (London Grammer) at Studio Voltaire in Clapham, South London, and features 10 tracks which come in at just over 36 minutes. Whilst Blackwood has been able to clean up Coves previously more gritty sound, he's still maintained that edge which has helped the band stand out. The style on this record is a mix of shoegaze, pop, and psych, with the vocals from Rebekah Wood being a real standout.

She's able to control the tracks with her voice by having a great range and variation, meaning the album flows along nicely. While she brings the pop element, John Ridgard brings the rock, with his drawn out, driving guitars providing a substantial base for the vocals to go over.

Coves will be playing the Great Escape Festival in Brighton, Dim Swn Festival in Cardiff, Field Day, as well as several London shows, so there's plenty of chances for you to check them out live, with 'Peel' surely going to transfer well into that arena.