ALBUM OF THE WEEK: SKATING POLLY - THE BIG FIT 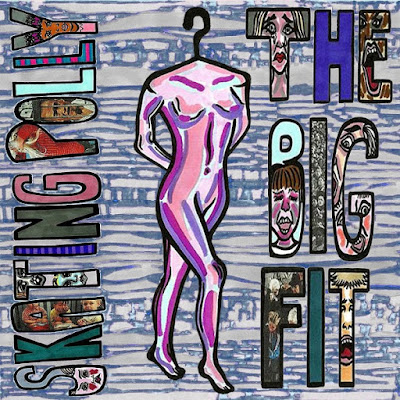 'The Big Fit' is the fourth album from Oklahoma stepsister duo Skating Polly (Peyton Bighorse / Kelli Mayo), and it's their first album to receive a UK release. The band toured over here last year with Babes In Toyland and since then have seemingly gathered an ever growing list of fans. It may be their fourth album but Peyton (20) and Kelli (15) are still in their teenage years and have already put together a strong musical CV in the 6 years since they starting making music together.

'The Big Fit' was produced by Kliph Scurlock and is being released through Chap Stereo. There are 12 tracks and the album length is just over 46 minutes (ED: another perfectly timed album in 2016!). Skating Polly's sound is a combination of delicate pop and scarring punk, mixing soft melodies with screechy yelps, piano licks with punchy guitar riffs.

It's an album of great variety, both in tempo and intensity, and it's a real testament to the two girls ear for a great pop song that goes far beyond their formative years. You can draw similarities with the likes of Courtney Barnett, Hole, and The Subways (the Charlotte Cooper bits) but Skating Polly are definitely their own band and this album is a striking portrayal of their thoughts, ideas, and intention.