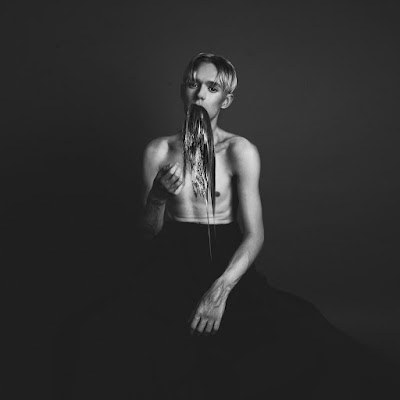 Aforger is the new album from Douglas Dare, a 25 year old singer songwriter from Bridport in Dorset. The new record follows on from his 2014 debut 'Whelm', with the 10 track album once again being released through Erased Tapes. He's currently on tour supporting Wild Beasts and will be headlining London's Electrowerkz on November 8th.


Aforger is an introspective affair, with Dare recounting his relationships and sexual orientation, over a backdrop of dark electronic beats amongst piano, synths, and harmonica. It's bleak sounding but there's plenty of melodies and soaring climatic moments to restore the balance.

There's comparison to be drawn with the likes of James Blake, Ghost Culture, Antony Hegarty, Keaton Henson, and his aforementioned tour pals Wild Beasts. The album was mixed at Abbey Road Studios, and produced by Dare's long time collaborator Fabian Prynn. It is available on MP3, CD, and vinyl, with a limited edition clear 12" the pick of the bunch.