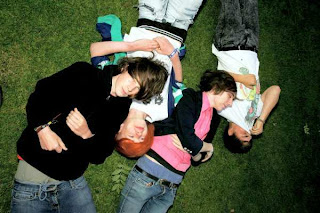 Hey hipsters! Listen to this. It’s got synth. It’s got that 80s thing going on. It’s got breathless, schmindie vocals where the singer sounds too cool to bother with this whole being in a signed band thang, you know? In other words, this whole EP is painfully on-trend and may as well have been vomited up by a Hoxton Scenester.
But look past the fashionista vibes and what at first sounds shallow and glossy manages to grow into something of substance. Opening gambit ‘Moon Crooner’ might sound like a Kooks record with synth but it’s propelled by an addictive and wickedly funky bass. ‘Rad Pitt’ might be overly sentimental and belong on a One Tree Hill soundtrack but between the bubblegum vocals sits sparse and subtle moments of musical excellence. There might be little saving grace for the downbeat ‘Middle Name Period’ instrumental that screams ‘filler’ but all is rescued by superb closing track ‘Native’. Less disposable pop and more sonic adventure, this is easily the best thing on the EP. 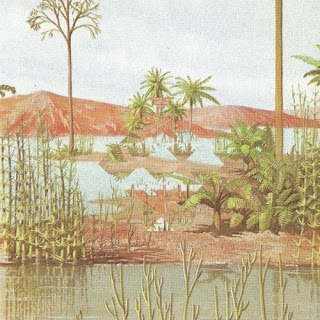 So there is a great record in here fighting to get out, but why do Egyptian Hip Hop make the listener work so hard to find it? It’s easy to hear what they were attempting, after all there’s no avoiding the Late of the Pier comparison, especially as Native’s introduction starts exactly the same way as the ‘The Bears Are Coming’. Perhaps this is intentional, but it’s somewhat unwise seeing that this EP is only going to compare unfavourably to the LOTP’s electroclash mastery.
Perhaps if this record pandered less to some 80s throwback stereotype of a band and struck out more to find its own identity it would be full of musical gems, not smothered by gooey pop sensibilities. Promising, bursting with potential and containing flashes of musical dexterity ‘Some Reptiles Developed Wings’ ultimately misses the mark by being too darn… obvious.
Egyptian Hip Hop // Moshi Moshi // BUY EP