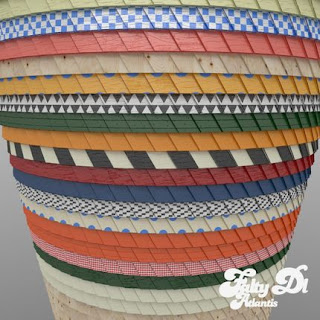 Released earlier last month, 'Atlantis' is the new EP from FaltyDL. Known to his friends as Drew Lustman, FaltyDL has steadily been making a name for himself stateside as 'one of the hottest names in electronic music'. He has an impressive work rate, putting out two albums, an EP, and three singles all since 2008. Now the New York based artist is ready to release another in the shape of this four-track EP, which is his first record for Ninja Tune.
'Atlantis' is an album which pays homage to Lustman's musical knowledge and history, as well as demonstrating his ears desire to take his sounds to a new level. The title track has an almost inaudibly low bass droning throughout as a rhythmic beat commands you to move. Whilst obvious comparisons can be drawn with Fourtet on the opening track, FaltyDL opens things up on 'Can't Stop The Prophet', as the pace is slowed right down and a weird synth and strings combination proceeds to put you into a dream like state, before it all goes drum and bassy near the end. 'My Light, My Love' carries on in similar vain, with chilled but off kilter beats seemingly lulling you into a strange vortex where you can't escape. Final track 'The Sale Ends' is a more conventional minimal track, perfect for that 4am vibe.
Whilst his high productivity may lead to some questioning the continued quality of his work, FaltyDL shows that variation is the key here. This four track record shows that he has plenty of interesting ideas floating around his head, and to put a marker on that creativity would be disastrous for both him and us.