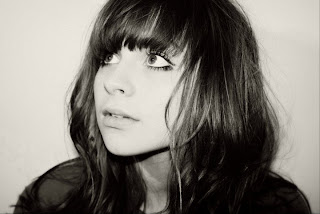 We first caught up with Gabrielle Aplin back in August 2010, when we carried out a quick-fire interview with her, learning lots of interesting things like discovering her favourite sandwich is "Brie, Grape, and Cranberry". Since that momentous occasion she has released a couple of EPs alongside some constant touring up and down the UK, as well as playing at this years Glastonbury Festival. 2012 see's the release of her third EP titled 'Home' through Never Fade Records, of which the title track we have the video for.

It's a beautiful song, showcasing Gabrielle's delicate and ethereal voice, as well as a songwriting ability beyond her tender years. The video is also quite special, directed by Joshua Sanger it features some stunning shots of Gabrielle and the English countryside.

You can pre-order 'Home' ahead of the January 9th release date. // Gabrielle Aplin