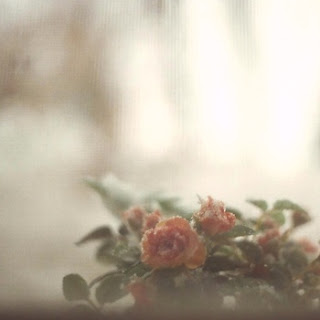 Standing at seven tracks in length, Sea Oleena’s new release 'Sleeplessness' could be considered more mini-album than EP, but that still wouldn’t justify the enormity of the music recorded by Montréal multi-instrumentalist Charlotte Loseth. The record is a beautiful warm blanket of songs, each one an epic cacophony of layered sounds, reverb and haunting female vocals delivered with the unassuming charm of a girl humming a song in her bedroom.

Each hushed swirl of a song bleeds into the next, joined together by the rumbling and eerie ambient sounds throughout. For what on first listen could be dismissed as the twee ramblings of yet another coy female artist, scratch the surface of Loseth’s musical landscape and it’s like walking into Narnia. There’s wonder at every turn.
Vocals sounding like mere ethereal whispers hide beautiful poetry: “Invisible physicians, lawyers, and magicians / an instant of existence at the table in the kitchen” she wails as the opening lines of this record. “This is what he wrote in the ripped-up note: / I've become something even less than a ghost. / Even more of a though, I've become a mirage. / I'm the shaky air encircling the flickering flame. / I'm the white wall swallowing the window frame. hall” she hisses over ‘Insomnia Plague’. 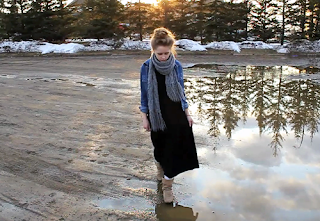 Instrumentation is orthodox but they’re whipped into yearning swirls of something more exquisite. Plucked acoustic guitars, pianos and echoy bass drums lay the foundations for Loseth’s, numerous but never overdone multiple vocal lines.
Perhaps if criticism could be levelled it’s that there are no standout tracks to be found on this record; no big choruses or sing along lyrics, just a body of delicate spacey folk that’s presented as a single entity. This of course is the point.
The magical world of Sleeplessness is intoxicating. It feels like Loseth creates such music for the purpose of sharing with the listener something greater than herself. This organic and ever shifting waterfall of a record demands and deserves our attention.
All songs and lyrics are available on the Sea Oleena bandcamp page, whilst the cassette version of this album (including her first self titled EP) can be purchased via Bridgetown Records. // Sea Oleena
Sea Oleena – Southbound by netlabelism