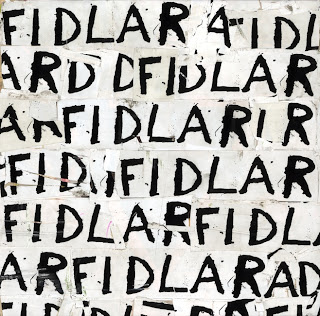 Let’s get this out of the way first: Fidlar's name is an acronym for 'Fuck It Dog, Life's a Risk’. Make of that what you will, but it’s certainly a good indicator of the band’s eccentric fratboy approach to their craft.

Chaotic self-titled debut 'FIDLAR' is one long ode to partying and over consumption. This unique brand of scrappy surf-punk noise makes them sound like the raucous younger siblings of The Vaccines or a very drunk Japandroids; but these guys aren’t nostalgic about the times they've had, they’re living them, right here, right now and you’re going to hear about it whether you want to or not.

“I DRINK CHEAP BEER SO WHAT FUCK YOU” bellows the chorus of opening track and lead single ‘Cheap Beer’. ‘There’s nothing wrong living like this, all my friends are pieces of shit’ they declare on ‘Stoked and Broke’. Only two songs in and the band have already firmly nailed their colours to the mast of over indulgence and self destruction.

Whilst FIDLAR pull no punches in who they are and what they do, they’re representing a lifestyle that is nothing new. In fact the live fast die young attitude is a monstrous cliche that most discerning new bands try to avoid. Yet there is a certain gleeful stupidity to this LA foursome’s reckless abandon. They fly in the face of the bookish introspection of today’s indie rock. Each song is an unpretentious slice of shouty power punk that exists for the sake of existing. There’s no deeper meaning other than a hat-tip to the joys of excess.

FIDLAR’s debut is a simple and surprisingly catchy record that becomes more than the sum of its individual songs by unwittingly representing a sense of fun that has been all but weeded out of new guitar music today. And for that alone, this record is well worth a listen.

It is out now through Mom and Pop Records // Fidlar