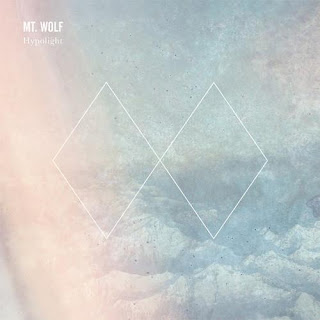 London four-piece Mt Wolf will be no stranger to those who frequent the music blogging world on a consistent basis, with their EP from last year 'Life Size Ghosts' featuring favourably on many sites across the board. Our friends over at Faded Glamour said that "the band have recently been compared to the now Mercury Music Prize winning Alt-J - (and) it's perfectly conceivable that Mt. Wolf will reach such equally great heights."

High praise and expectation then for a band who only came together at the start of 2012, which is only heightened when names such as James Blake, Sigur Ros, and The XX are thrown in by others as similar acts. But upon listening to their new EP 'Hypolight' it's actually quite easy to see where all the hype and fuss is justifiably from. Describing themselves as 'dream folk' on their facebook, it's instantly clear that the rather ambiguous new fangled genre is probably about right for them. Beginning with the title track 'Hypolight' we have the floaty acoustic guitars intertwined with electronic synths, before the star of the show/ep/album/record steps up the mic in the form of vocalist Kate Sproule. With a voice that seemingly has a multitude of ranges, she controls everything almost effortlessly, which seemingly does put you in a dream like state, so its 'dream folk' then, obviously. 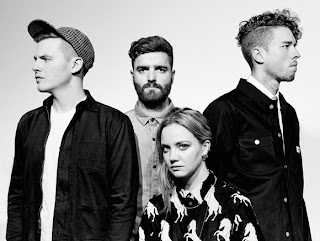 'Veins' carries on in a similar style, the music sounding like it's being stretched like a time lapse video, with Sproule again leading things with her powerful vocals. This time around the music has bit more leadtime, with the Alt-J references becoming more apparent as the guitar/electronic combination is played out well, with that feeling of genres clashing against and then with each other hard to ignore.

Lead single 'Shapeshift' is perhaps the most complete song on the record, featuring a glorious throbbing beat throughout over which Sproule again impresses with her great depth, with the delicate yet commanding vocals leaving a lasting impression. The accompanying video is also worth a look with the simple black and white shots and slow motion effects working to great effect. The EP closes with a cover of Usher's 'Climax', which is a more stripped backed approach, which only goes to further enhance the vocal delights of that lady again (Kate Sproule if you didn't know), who has such temperament with her voice it's quite astonishing. She can effect a range of feelings with only the slightest of changes, which you can hardly pick up on during the songs its all done so naturally and seamlessly.

Hypolight is a strong, dominant record that suggests greater things are indeed ahead for this young four-piece from London. We will certainly watch and listen to their development with keen interest over the time to come.