Another of the acts we recently nominated for the Glastonbury Emerging Talent stage (alongside Esper Scout and Moats) were Voices. The melodic post-hardcore band from Hertfordshire were kind enough to answer some of our probing, and some of our not so probing, interview questions.

To view the full long-list of 120 acts that made it through to the next stage of the competition, as well as all the blogs that took part in the voting process, head over here. 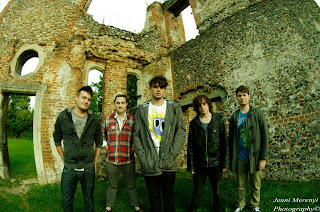 Q1. Congratulations on getting through to the next stage of the Glastonbury Emerging Talent stage! What made you apply for this competition? How do you feel about making it through?

"Even though we're not necessarily suited to the normal Glastonbury scene of bands we will hopefully be trying to bring something new and different to the table, it'll be interesting to find out the response to our tracks and therefore we're incredibly happy that we managed to get through to the long-list, its a great opportunity and a brilliant competition."

Q2. Where are you guys from? How did you meet?

"We are from St. Albans, Hertfordshire, homes of bands such as Enter Shikari, Your Demise and Friendly Fires. We met through secondary school and decided to make a band, and from then on we passed through phases of death metal in which we wrote about the devil and the ascension of a demon from hell, to writing post-hardcore style music, which allowed us to wrote more heartfelt music. We have been together for five years now and despite changes in our line up we have carried on strong."

Q4. Who are your musical and non-musical influences?

"Between us we're pretty heavily influenced by Every Time I Die, Bring Me The Horizon, Letlive, and La Dispute. There are also lots of electronica/atmospheric elements too! Non-musical influences are pretty broad; we like to think we have something to say in our music so in that sense we're interested in exploring certain elements of the world we live in...or think we live in. *init*" 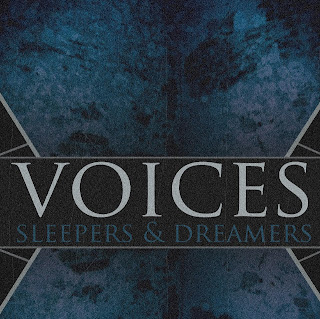 "We've got a load of stuff on the horizon which we're very very excited about. We've got our second self-recorded album (Sleepers and Dreamers) on its way in Summer and with it a video! Plus we're currently sorting out merchandise orders... all pretty stressful, but well worth it! (All details on the facebook!)"

Q6. Any new bands/artists you recommend us checking out?

"Really liking a band called Shields at the moment, you can find them on facebook, and Change Of Plan are our boys from back home. Also, if you haven't heard of them already I'd recommend checking out both CityLightThief and La Dispute. Neither are 'new' but neither are hugely well known."

Q7. If you could tour with any two artists, past or present, who would they be and why? 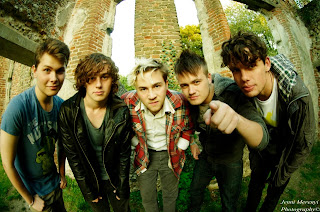 Q8. What 3 things would you have on your perfect tour rider?

1. Kale - A Superfood that Max and Osh are heavily addicted to
2. Blender - To blend the Kale to a pulp
3. Ginger & Fruits - To put in the Kale shake

Q9. Aside from the world of music, what do you get up to?

"Well some of us are at university so that's obviously time consuming! We come from a background of skateboarding and gig-going so lots of that still happens. Osh and Rob are in a little acoustic outfit known as Sparrow Prince, and Laurie produces electronic music under the alias Clamblem. Max is also a professional hand model. Matty isn't."

Q10. How can we find out more about you?

We're all over the regular social media sites - twitter, facebook, soundcloud, or you could come to a show, all of our dates can be found on our Facebook page! Or just shoot us an email: voicesuk@live.comvoicesuk@live.com

Many thanks to the guys in Voices for answering our questions! Best of luck to them in the next stage of the competition!
Emerging Talent Stage Glastonbury 2013 Interviews Jon Sidwell New Music Voices