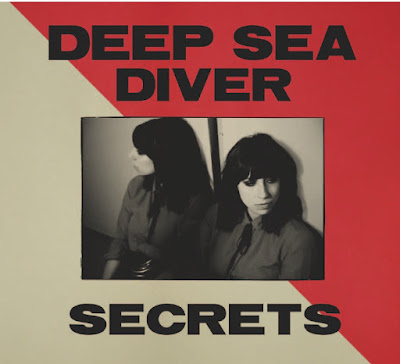 This week sees the release of 'Secrets', the 2nd record from Seattle's Deep Sea Diver. The album is coming out through the bands own label - High Beam Records, and follows up the 2009 EP 'New Caves', and 2012's self released debut LP 'History Speaks'. Here's an album stream on CoS.

The band are led by Jessica Dobson on vocals and guitar, and she's a pretty big deal having been a part of the Yeah Yeah Yeahs, Beck, and most prominently with The Shins. Now though she's putting all her effort into Deep Sea Diver, where she is joined by Peter Mansen on drums (he's Jessica's husband), Garrett Gue on bass, and Elliot Jackson on guitar and synth. 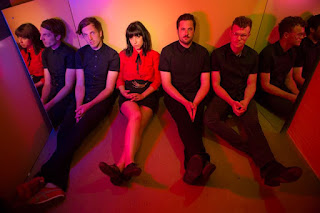 The 10-track album was produced by Luke Vander Pol and was recorded at The Bank Studios in LA by Darrell Thorp. The opening track is 'Notice Me', where we get four and half minutes to hear what makes Deep Sea Diver tick - a collection of gorgeous layered synths, sweet pop melodies, and swathes of guitar riffs. This formula is repeated throughout the album, with 'Secrets' being one of our favourites for this - with the prominent guitars being flanked by Dobsons defined vocals, and the groovy bass and synths.

'Great Light' and 'New Day' are two of the finest pop songs we've heard in a while, both being incredibly touching piano led tracks that are filled with emotion and intent. Tracks like that are then followed by a song like 'See These Eyes' which is built upon a disco beat, or the cool as anything lo-fi guitar led tracks 'It Takes A Moment' and 'Body On The Tracks'.

After playing 'Secrets' for a few spins there's a beautiful moment when it becomes apparent that the body of work here will yield plenty on repeat listens, and indeed please those that can catch the band playing live. Jessica Dobson has clearly always been talented, and no doubt learned from working with her illustrious piers, but now is the time for Deep Sea Diver to stand out and be counted.