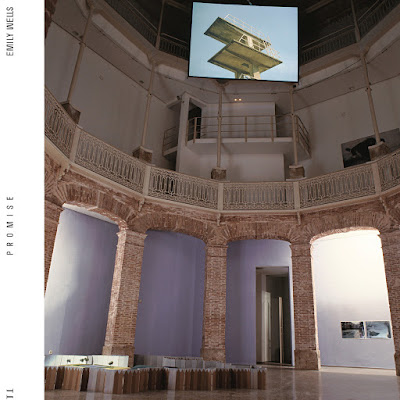 Promise is the fourth album from Emily Wells, a multi-instrumentalist, composer, and songwriter from Texas, USA. The new LP follows up her previous albums 'Beautiful Sleepyhead & The Laughing Yaks', 'Symphonies: Dreams, Memories & Parties', and the most recent from 2012 - 'Mama'. This latest record is the first to come out through Emily's own Thesis & Instinct Records.

As you might expect from someone who started in music as a 13 year old, where she wrote, produced, played, and released everything herself, there's many influences and styles that can be found on this album - from classical, folk, and electronica, Promise has little boundaries. The album's lead single is 'You Dream Of China', but for us its the middle tracks of the record that really stand out with 'Pack Of Nobodies', 'Take It Easy', 'Come To Me', and 'Fallin In On It' flowing effortlessly.

In total there are 11 tracks on this album, with the shortest coming at just under the 4 minute mark - meaning there's a lot for the listener to take on board. That's part of the beauty of 'Promise', there's a journey to be had, whereby you get to know these intimate songs which aren't necessarily going to grab you straight away, but with some time and effort you can really appreciate the work Emily Wells has put in here. It's a body of work that must be incredibly personal for her, and to share that with the world would have been daunting, but ultimately it's a significant release and her strongest to date.