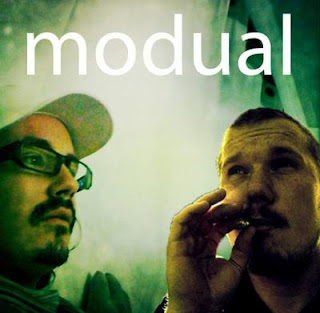 Modual are one of the more interesting collaborations we've come across so far in 2010, and unfortunately we know very little about them! Or maybe that just makes them even more intriguing and adds to the mystic of discovering brand new music, one of our favourite past times.
We do know they are a duo from Stockholm, Sweden who formed in Spring 2009 and have recently released their self titled debut EP. They fuse pop sensibilities, i.e some nice vocals, with some chilled out drum and bass beats which often blur into dubstep territory, albeit not getting too grimey just keeping things chilled. The tracks have a really positive vibe running through them, not just through the vocals but also the beats, and fit perfectly around these lazy late Summer nights.
You can download the 3 track EP for just $3 over at the Modual bandcamp, and also check out tracks first on Soundcloud.
MP3: Modual - Shadows Play
Jon Sidwell Modual MP3's New Music