ALBUM OF THE WEEK : COURTNEY BARNETT - SOMETIMES I SIT AND THINK, AND SOMETIMES I JUST SIT 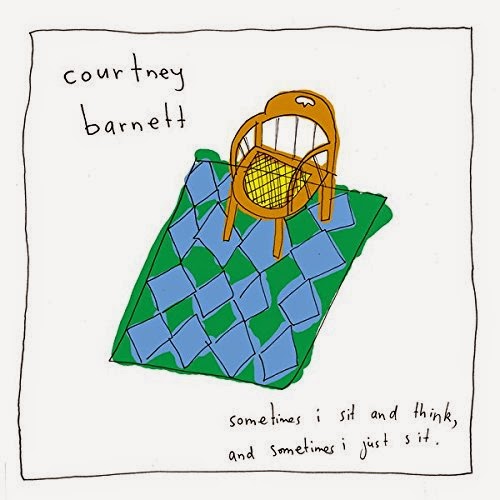 Out this week through House Anxiety / Marathon Artists is 'Sometimes I Sit And Think, And Sometimes I Just Sit', the debut album from Courtney Barnett. The Australian has previously come to our attention with the release of 'The Double EP: A Sea of Split Peas' back in 2013, which as you probably tell was a combination of her first two EPs.

The new record spans 11 tracks and includes the single 'Pedestrian At Best'. Barnett has an interesting vocal style, half spoken word, half sung, but always delivered with a clear sincerity. Her lyrics tell stories and are full of life anecdotes and humorous one liners. Aside from the humour though there's humility and honesty to her work, revealing intimate sides to her character which are hard to not get swept up by. The music itself is also varied, from fast paced guitar driven attacks, to softer more singer songwriter like tracks, interspersed with pop rock noise.

'Sometimes I Sit And Think, And Sometimes I Just Sit' is an absolute delight and showcases an artist in Courtney Barnett who is clearly making the strides and sounds that refreshingly she wants.

Catch Courtney on tour throughout March/April, and buy the record in various formats here.