ALBUM OF THE WEEK: THE GARDEN - HAHA 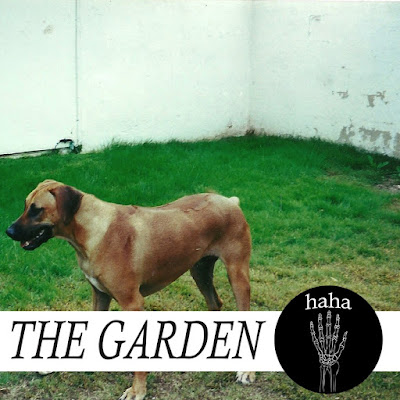 The Garden - twins Wyatt and Fletcher Shears, recently released their second record 'Haha' through Burger Records and Epitaph Records. Their music falls under the punk bracket, certainly from an audio perspective but it can also be said that The Garden are a punk band for the way in which they go about their business and creative flairs.

Wyatt remarks that the band are in the 'Vada Vada' genre - which he explains is an idea that represents pure creative expression, and disregards all previously made genres and ideals.

The album's 17 tracks clock in at under 35 minutes, meaning to listen leads to a blistering assault on the ears, with lots of ideas thrown in and boundaries broken. It's challenging, frustrating, but ultimately rewarding for a band who clearly aren't playing things safe. There are nods to electronica and hip hop, alongside the more conventional 'punk rock' vibes, with the past, present, and future all related to.

Haha is an album of experimentation, some things work and some don't, but it's forward thinking and brave, and it's vital that music like this gets made today and people engage with it, negatively or positively.