ALBUM OF THE WEEK: PIGS - WRONGER 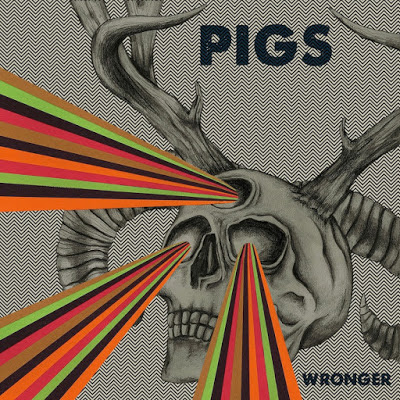 Based out of Brooklyn, NYC, come three-piece Pigs. The band are comprised of bass guitarist Andrew Schneider, who is joined by Jim Paradise on drums, with vocals and lead guitar coming from Unsane bassist Dave Curran. 'Wronger' is the band's second album following their 2012 debut album 'You Ruin Everything' and is available through the French label Solar Flare Records. 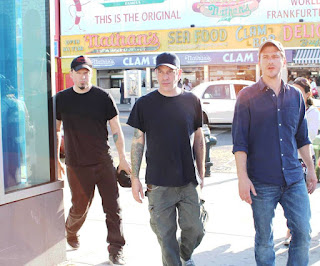 The 11 tracks that make up Wronger are an uncompromising collection of noise rock - drawing upon hardcore and punk, as well as moments of psychedelia, instrumental, and math rock. Pigs sound pissed off, and although that anger and aggression clearly comes out through their music, there's also a certain groove to their songs and a feeling that this isn't just noise for noise sake. Each track has an identity and a meaning, with the dynamics the group are able to create leading to a comprehensive and powerful listening experience, none more so than on the album's final track, the near 8-minute long 'Donnybrook'.

For a personal perspective as I approach my 30th birthday it's both refreshing and somewhat poignant to hear an 'older' band that have created an album that is aggressive, challenging, and thoughtful, and yet still has the same effect upon me that my 16 year old self would have thought was only confined to another Roadrunner Records release. Pigs are the type of band who may not be fashionable (and wouldn't care about such things anyway), but are an essential listen for those who need to hear boundaries being pushed and broken, and for their music to reach out on levels which aren't going to be mass-appeal but nevertheless are vitally important.