Drive A : Are You Blind 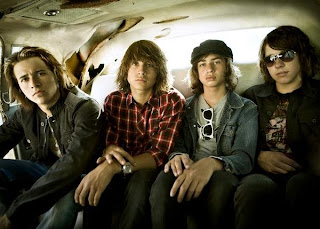 Earlier this year we talked about a fresh young band from Los Angeles called Drive A. Well the guys are now back with a new single, and a date for the release of their second album. "Are You Blind" is taken from the forthcoming album "Loss Of Desire" which is due for release sometime in February of next year.
For those of you new to Drive A, they are a fun energetic Rock band who make tunes with big riffs and up tempo beats. This new material see's the band returning with a more grittier, mature sound that for my reckoning kicks the new Guns N Roses record into touch. What do you guys think?