Posted by Jon Sidwell on November 26, 2008
Today is the start of what I hope will be a regular feature on Music Liberation, Interview Wednesdays (Not that i'll be calling it that!). The feature really is as simple as it sounds, every Wednesday i'll be conducting an interview with a brand new artist to find out more about them and give them some more exposure.

To kick things off we recently spoke with indie folk rocker, Nate Frey, who is from Washington DC. 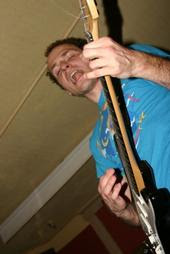 Q3. What's on your agenda for the next 12 months?
"Hopefully I will get around to putting some sort of EP or full-length together within the next six months, if I can find the funds. I will probably record most of that at home. If/when that comes together, I'll put together some sort of small Northeast tour to go along with it, hopefully."
Q4. What role do you think bloggers have in the current state of the music industry?

"I'm not sure it's clearly defined yet. For awhile blogs seemed like they were going to end up playing a totally different role than traditional print music media, but it sort of seems like they are starting to follow the mold of various traditional media outlets as time goes on. The odds of someone of my stature showing up on Stereogum or Fluxblog or something these days are like, next to zero. Smaller blogs are basically playing a role akin to zines, mid-size blogs are more like Paste or something along those lines, and the huge blogs are basically Rolling Stone or Spin in a blog format."
Q5. Any new bands/artists you recommend checking out?
"True Womanhood from DC! Seriously, I can't say enough good things about them.
Also digging Jesse Malin, Bon Iver, These United States, and the newest David Bazan track, "American Flags", which just went up for download on iTunes this month I think. Among about a million other things." 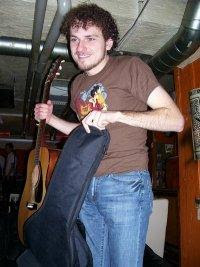 Q6. If you could tour with any two artists, past or present, who would they be and why?
"Neil Young -- my hero. I don't even know what else to say about it besides that.
Spokane -- I wanted to say Mark Kozelek, but for me to be able to tour with Spokane, that would require Spokane to tour again, and that would be great, whereas Kozelek tours all the time. It was really hard not to give you his name though, I've been influenced by him in so many ways."
Q7. You have unlimited funds, what things do you have on your tour rider?
"Tour rider? Man, I'd be happy just to get paid at this point..."
Q8. What's your perfect sandwich?
"Cheesesteak with whiz and onions from Pat's in South Philly. Nothing else even compares."
Q9. If Music Liberation were an animal, what would we be?
"I'm gonna go with a sponge, because you all just kind of hang out and sort of soak up any good music that comes by you without any preconditions or anything."
Q10. How can we find out more about you?
"Go to Myspace. Read it. If you still have more questions, contact me through there. That's easiest."
Thanks very much to Nate for his interview, I thought his answer to the position bloggers have in the music industry hit the nail square on the head.
As an added bonus, Nate has kindly sent over a gift from his archives, a track he barely plays live anymore, "The Aftertaste Of Both". It's a great track actually, with some excellent guitar playing, and I hope Nate goes back to work with the song again in the future. For me I'd love to see the track extended to see where he could go with the guitar solo that trails off at the end of the song.
MP3: Nate Frey - The Aftertaste Of Both
Next week we'll have an interview with Eureka Birds.
Interviews MP3's Nate Frey