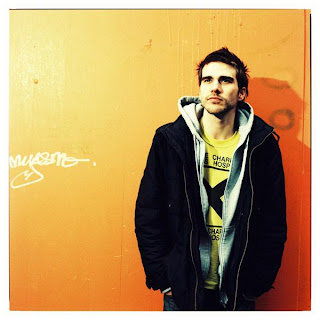 Broadcast 2000 is, or at least was, the one man creation of Devon born Joe Steer. According to the mandatory myspace blurb he’s “a classical music graduate with a unique take on folk using computer-generated looping of acoustic instruments”. Thus genre obsessed hacks like myself would probably describe his music as Folktronica.
Except there’s very little evidence of the whole “tronica” thing on this self-titled debut. Drums and percussion take a distant backseat in Steer’s composing as each short song is structured around layered vocals, rhythmic strings and acoustic guitars. This formula works well in creating accessible and somewhat touching songs, especially when Steer hits the emotive jackpot on tracks such ‘That Sinking Feeling’ and the atmospheric ‘I Hold My Breath’.
However this basic formula quickly wares thin as it is rigidly stuck to throughout the album. There’s little exploration in terms of sound or instrumentation despite the enthusiasm expressed to the contrary on myspace. Also, Broadcast 2000 can veer into the overtly twee, ending up sounding like Death Cab for Cutie with even less edge. ‘Gonna Build a Mountain’ falls into this camp for example.
Saying that, Steer’s music nonetheless has an enigmatic authenticity to it that provides a welcome amount of gravitas to the songs, in turn adding balance to the more dainty moments on this album. As a debut, this body of work is poppy, quaint and undeniably likable, meaning that despite the record’s somewhat conservative nature Steer must being doing something right.
Broadcast 2000 myspace /// Buy CD /// MP3: Broadcast 2000 - That Sinking Feeling (File removed by request)
Album Review Broadcast 2000 Moker MP3's