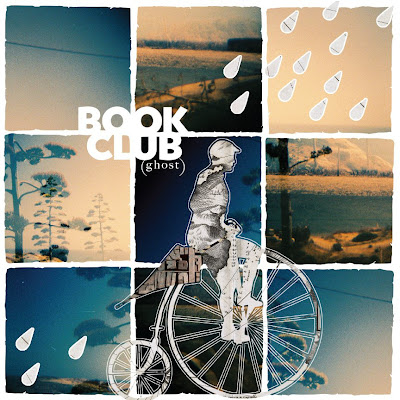 The trouble with music criticism - apart from the glaring obvious fact that there will always be differing musical opinion in the world making the whole exercise feel somewhat pointless - is that songs are organic; they change over time. Not physically of course, but our own shifting personal perceptions will make them change. This can be seen in its most immediate form by how an initial reaction to an album can alter considerably in just a few listens. So the question is, how many times should a critic listen to a band before proclaiming judgement upon them?
This is the problem I have with Book Club. The twee musical quintet from Atlanta proudly claims to play “modern folk” but on listening to their naïve music it’s anything but modern. It’s got about as much edge as a football. The first listen of their debut ‘Ghost’ was like pulling teeth. Vocalist Robbie Horlick’s whiney lamenting reached saturation point about three tracks in. The songs were short and went nowhere. The female vocals did little harmonising and just sung along like an annoying sister singing along to the radio. The string instruments felt tacked on. Where was the goddamn beef Book Club? 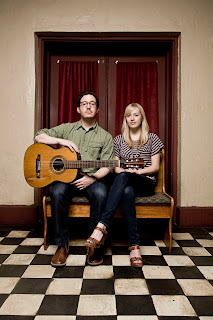 Yet on second listen, the songs sounded structured, they had more purpose. Everything was warmer, clearer. The swooning cello on ‘Meal of Dreams’ and the bluesy ‘Ain’t Gonna Drink No More’ plundered emotional depths that seemed previously lacking.
A third listen and I’m picking out faults again. There’s no getting away from the fact that if ‘Cold Cold Year’ was a person, they’d have a punchable face whilst ‘Under the Weather’ is beautiful until its silly sing-along chorus.
Pinning this band down is like nailing jelly to a wall. At times they soar but ruin it for themselves by sounding like an upbeat band on a children’s programme. They may as well be singing about getting dressed. Perhaps this is Horlick’s writing style but it is frustrating when he and his band show real heart on songs such as ‘I Can’t Dance Just With Your Ghost’, the wonderful ‘Tell Me You Don’t Tell Me Lies‘ and the touching album closer ‘Not Much For Chit Chat.‘ 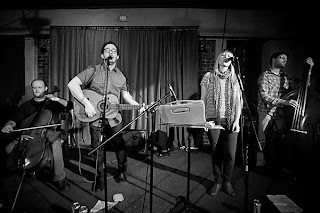 This schizophrenic album boils down to what we look for in folk music. A sing along is all well and good but it tends to lack emotion and without this substance the music can sound almost childish. At their most emotional, Book Club are wonderful, at their most childish, throw-away. Ghosts is a brave but flawed debut, the weaker songs too numerous to overlook and it leaves me thinking that if they only worked harder at making us cry than making us sing, this could have been something special. // Buy Album // Book Club


Tell Me You Don't Tell Me Lies by Book Club