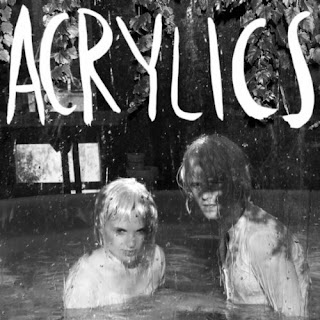 A few years ago I went to New York. Whilst there I spent a night or two in some indie clubs to get hideously drunk and to see what the city’s own take on the whole indie-rock thang was. Turns out it’s almost exactly the same as here (the toilets are just as disgusting) but the major difference was that they played a lot more alternative British music. I guess as it wasn’t home grown it was seen as more exotic, which was surprising as this was when The Stokes were huge, people were still excited about Stellastarr* and Interpol were riding high after the release of Antics.
So take it with a pinch of British salt when I say the new single from Brooklyn based Acrylics is so good, I knew it had to originate from across the water. Whether or not I might be culturally bias towards the Americans doesn’t stop ‘Molly’s Vertigo’ from being an atmospheric, 80s tinged pop ballad of perfection. There’s sound-a-likes flying in from all sides, the intro spookily similar to ‘Abracadabra’ by the Steve Miller Band (you know the one) whilst the crystal clear vocals and melodies of Molly Shea in the chorus are reminiscent of Susanne Vega. 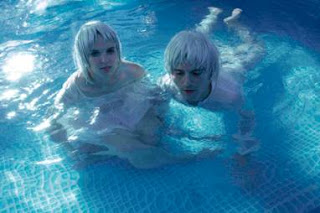 Sounding “retro” is so standard these days that it’s no longer retro at all, which is perhaps why Acrylics music has similarities to Best Coast as much as it does with the layered production and duel male-female vocals of mid-era Fleetwood Mac.
Ok so comparison isn’t always flattering for bands who want to stand on their own two feet and as a critique goes, it’s somewhat lazy, but we can’t help what a song might evoke in us. ‘Molly’s Vertigo’ feels cosy and familiar with it’s warm 80s production but heartfelt and quirky like its contemporaries. The only flaw would be the length; coming in at under three minutes the Brooklyn duo reel us into their dreamy world before unceremoniously booting us out of their love-nest somewhat prematurely. Still, let’s face it, who secretly doesn’t like being left wanting for more?
‘Molly’s Vertigo’ is out now. // Find it on the 'Lives and Treasures' album // Acrylics
Acrylics - Molly's Vertigo (Gung-Ho! Recordings) Free Download!! by Gung-HoRecordings
Acrylics Moker Single Reviews Streams